Ward Ships In a Live One for Saturday's Best Pal 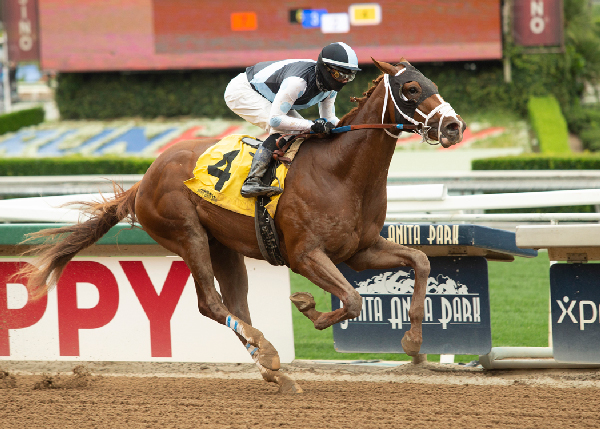 When Wesley Ward ships one in – standby. Mr. Ward does not come to play, be it anywhere in the U.S., or Europe, too. The man fires bullets from coast to coast and across the ocean.

Eight times already he’s rung the stakes bell at Del Mar and Saturday he’s aiming for another gong with a quick 2-year-old colt named Roderick, who ran away and hid from a straight maiden field at Belmont Park in New York on June 21 in his lone outing and – in a lineup that lacks a stakes winner – looks like a solid favorite for the 50th edition of the Best Pal Stakes.

The race, a six-panel spin for juveniles that carries Grade II status and a $150,000 purse, has drawn a field of seven runners and Roderick has drawn post No. 4 and Del Mar’s leading rider, Flavien Prat. Ward, the former Eclipse Award winning jockey (top apprentice, 1984), is likely to watch his charge run from his headquarters in Lexington as his west coast guy – trainer Blake Heap – saddles his Into Mischief colt Saturday for his ownership group that goes under the name Breeze Easy.

The local hope with the best chance to outfoot the youthful invader appears to be Eclipse Thoroughbred Partners’ Herd Immunity, a Union Rags offspring who won at first asking in a straight maiden race at Santa Anita in early June, then was shipped to Churchill Downs where he ran third in the Bashford Manor Stakes on June 27. For his go in the Best Pal, the Peter Miller-trained colt will be partnered by Abel Cedillo and break from post No. 5.

Here’s the full field (in post position order with riders and morning line odds) for the 2-year-old headliner that is a key prep to the meet’s top event for the juvenile set, the Grade I, $250,000 Del Mar Futurity on closing day, Labor Day, September 7:

Weston, who is trained by Ryan Hanson, broke his maiden in good fashion at Santa Anita on June 21. The Kentucky-bred gelding by the War Front stallion Hit It a Bomb, has had three solid works at Del Mar since and gets his chance to step up a notch Saturday.

Girther, also trained by Peter Miller, scored his initial victory in his second start here at Del Mar on July 11, hanging on for a nose tally at five furlongs. He’s a Florida-bred colt by the Giant’s Causeway stallion Brody’s Cause.

The Best Pal will go as the sixth race on an 11-race card that also features the Grade II, $150,000 Yellow Ribbon Handicap for fillies and mares. First post Saturday is at 2 p.m.