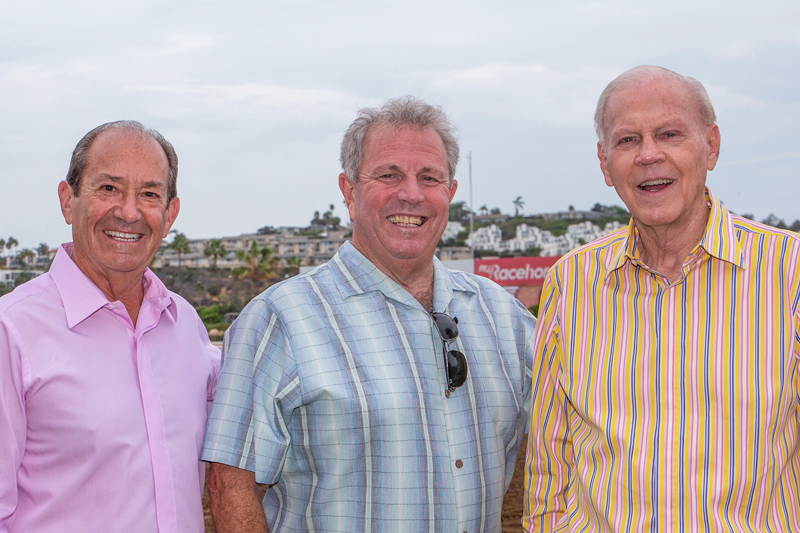 The long-time friends and partners in horse ownership – Mike Pegram, Karl Watson and Paul Weitman – finished first both for number of wins and money won at the conclusion of Del Mar’s 2022 summer race meet on Sunday.

The trio won nine of their 26 starts, a 35% winning mark, and purses worth $849,680 to be dominant in both categories for the 31-day session. They had an especially sweet final day when their colts Cave Rock and Havnameltdown ran one, two, respectively, in the Grade I, $302,000 Runhappy Del Mar Futurity.