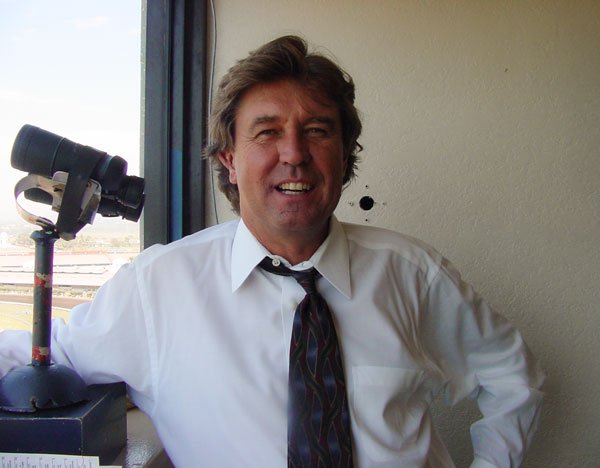 True racing fans – and especially those who make Del Mar part of their summer routine – know exactly what that means.

Trevor Denman, the iconic racing commentator who called every race at the seaside oval between 1984 and 2019, will return to the Del Mar roof for the 2021 season after sheltering in place throughout 2020 at his rural Minnesota farm as he and his wife Robin rode out the COVID-19 pandemic.

“We are very keen to get back to Del Mar,” Denman recently wrote in an e-mail to a track official.

And Del Mar fans will be plenty keen to once again hear the 68-year-old South African expatriate when racing begins anew at the seaside oval on Friday, July 16.

When Denman first brought his unique style to Southern California in the 1980s, he quickly went about reshaping racetrack calls nationwide. With his understanding of the scene unfolding in front of him (he’d tried a stint as a rider early on), he was capable of “describing” the race lyrically instead of simply using the staccato style of position and margin that most U.S. callers employed. He painted a picture of the contest and was able to pick up early on late closers or tiring frontrunners to allow for more drama in his deliveries.

The award-winning caller initially spun his racing tales at Santa Anita and Del Mar, then also took on assignments at the now-closed Hollywood Park and Pomona, giving him a year-round circuit that was lucrative, but taxing. Finally – starting in 2016 -- he cut back his assignments to Del Mar and Del Mar alone. The rest of the year he spent at his 500-acre farm amidst its clean air and starry nights. He explained it this way: “It (was) time to stop counting dollars and to start counting the stars.”

Denman will call the track’s 31-day summer season, return to his Minnesota digs and then come back to Southern California again in time to add his dulcet tones to the track’s 15-day fall stand starting on Wednesday, November 3. This year Del Mar’s second session, known as the Bing Crosby Season, will include the hosting of the Breeders’ Cup World Championships on November 5 and 6.