Thursday Feature at Del Mar: Can 'Raymundos' Shorten Up? 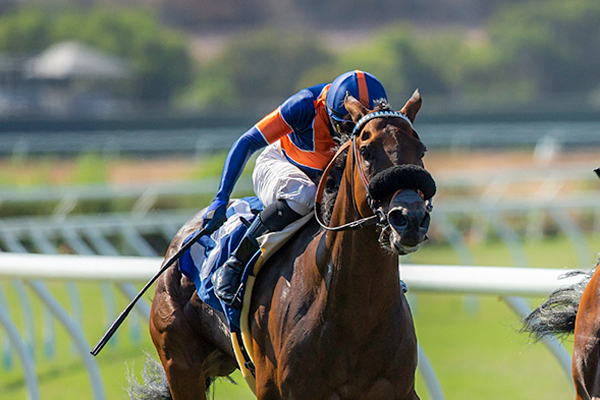 The question, much more often than not, is “Can he/she go long?’ The vast majority of American horses start out their careers sprinting, or going around one turn. The distance issue rears its head when he/she is asked to go long for the first time, or around two turns. Can they handle the extra distance?

But this coming Thursday at Del Mar in the snappy third-level allowance race that is the day’s feature, the question isn’t can they go long, it is – in the case of the classy mare Raymundos Secret – can she shorten up?

The 5-year-old daughter of the Galileo sire Treasure Beach, who races for Little Red Feather Racing or Sterling Stables, has had 10 starts in her late-blooming career, all of them on turf and all around two turns. She’ll try turf once more Thursday, but shorten up to the flat-out sprint distance of five furlongs. She’ll have six rivals who’ll try to outspeed her in the $76,000 headliner, which will go as Race 6 on the eight-race card.

All of Raymundos Secret’s foes have won sprinting, several of them several times. Now the question is can she?

Raymundos Secret brings class to the party, there’s little doubt of that. She won the Grade II John C. Mabee Stakes at Del Mar last September, a race contested over nine furlongs. She also won a trio of allowance races on the grass, all at a mile. Can she pull another one off going five furlongs instead of eight? Well, you get to bet your money and find out Thursday as trainer Phil D’Amato will give leading rider Flavien Prat a leg up on his charge and see what they can do.

Here’s the field for the turf sprint from the rail out with riders:

Bulletproof One is a double-quick filly who undoubtedly will be on the lead in this one. The daughter of the fast horse Idiot Proof has won seven times and sports a bankroll of $374,242. She finished a close-up third in the Daisycutter Handicap at the feature’s distance at Del Mar on July 25 in her most recent start.

Hear My Prayer is making her west coast debut after running nine times on the east coast. She shows four wins and earnings of $149,375 for her efforts so far and will be running out of the barn of trainer Vladimir Cerin for the first time.