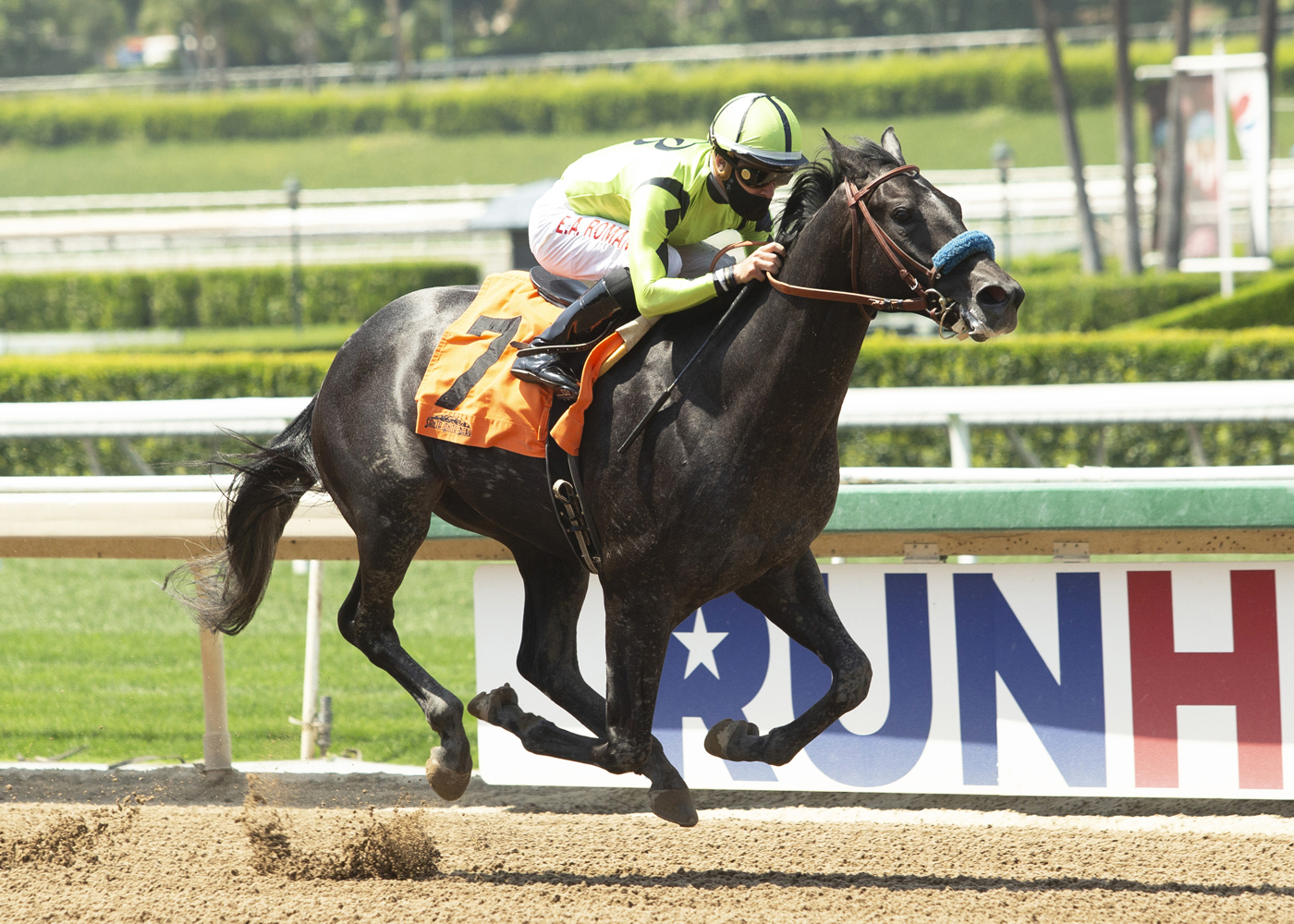 Seven California-bred youngsters will get their first taste of stakes competition Sunday at Del Mar when they hook up at five and one-half furlongs in the 69th edition of the Graduation Stakes.

Five of the seven already have scored a maiden victory, which is a good start. Now they’re trying to take the next step, just like a young, chestnut colt did here in 2013. His name was California Chrome and he did win the Graduation before going on to much greater glory as a two-time Horse of the Year.

Of the five winning juveniles Brown, Jr., Klein or Lebherz’s Touchdown Brown was the most impressive, scampering to a five and a quarter-length victory in a straight maiden race on June 19 at Santa Anita. The gray son of Cairo Prince, trained by Rafael Becerra, has put in four solid works at Del Mar since and once again will be handled by Evin Roman in the Graduation, which goes at the 3rd Race on the 11-race program.

Here’s the full field for the $100,000 feature from the rail out with riders and morning line odds:

Jazz Hands, by Square Eddie and bred by his owner, was a romping 11-length winner of his debut on June 28 at Los Alamitos in a straight maiden race. He added a pair of works at San Luis Rey Downs since then for conditioner Ed Freeman.

Scooby is the lone first-time starter in the lineup. The son of the Medaglia d’Oro sire Fast Anna was bred by his owners and has turned in several impressive works leading up to his bow. He trains out of the barn of Hall of Famer Jerry Hollendorfer.

Good With People, who races out of the barn of Del Mar’s current leading trainer, Peter Miller, was a smart three and one-quarter length victor in his debut July 12 at Del Mar. He showed good speed in his winning effort and should do so again breaking from the rail.