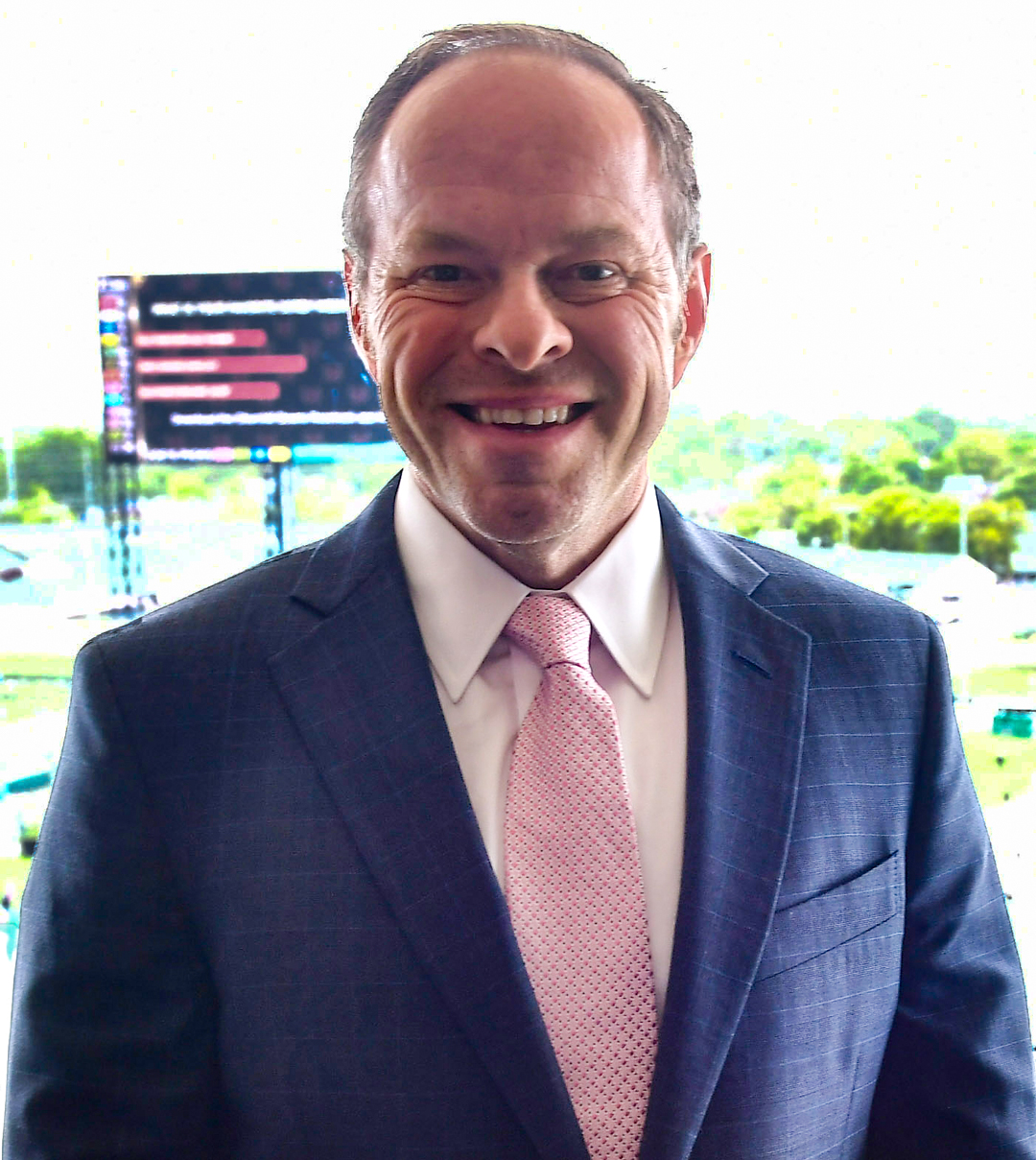 Larry Collmus, the voice of the Triple Crown and the Breeders’ Cup on NBC television and a national race caller with 35 years of experience on his ledger, will become the announcer at Del Mar this summer when he steps in on a “pinch hitting” assignment for the track’s regular caller, Trevor Denman.

Because of health concerns surrounding the COVID-19 pandemic, Denman recently told Del Mar officials that he and his wife Robin did not wish to travel away from their Minnesota farm and asked to kindly bow out of his summer assignment. Del Mar, of course, said yes to the iconic announcer who has been its caller for the past 36 years.

“When Trevor told us of his situation, we naturally had to respect what he was feeling,” said Josh Rubinstein, Del Mar Thoroughbred Club’s president and COO. “We immediately worked up a short list of possible replacements and Larry was the man we zeroed in on. Happily, he said he was available and would be delighted to call our meet. We’re very pleased to be able to have him be the guy in our booth when we’re off and running on July 10.”

Collmus, 53, called his first race at the age of 18 at Bowie Race Course in Maryland and has manned the mic at various racetracks from California (Golden Gate Fields) to New York (the three NYRA tracks) with additional tours at such noteworthy racing venues as Gulfstream Park, Churchill Downs and Monmouth Park.

Since 2011, the native of Baltimore has taken on the prestigious and pressure-filled role of race caller for the Triple Crown series and the championship Breeders’ Cup races on NBC. In fact, he’ll be front and center this Saturday when the Belmont Stakes in New York does a reversal of its usual role and becomes the first leg of this year’s Triple Crown. 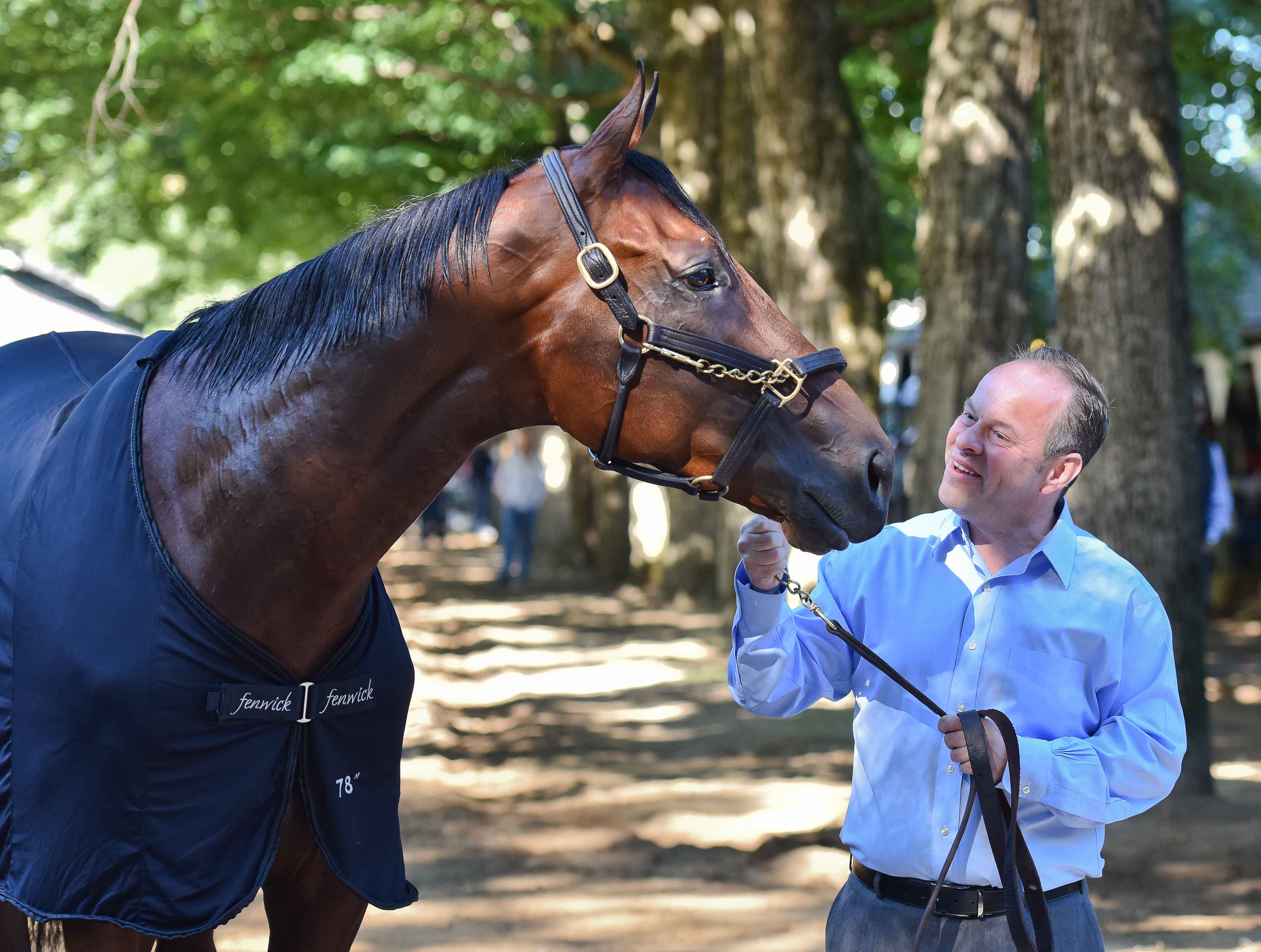 After a long dry spell (37 years), Collmus was the man who got to tell a national audience about the Triple Crown heroics of eventual Horse of the Year American Pharoah in 2015 and he did so with a flourish. And just three years later he got to shout out yet another “Triple” when the undefeated colt Justify flew through a smashing Triple Crown show en route to his Horse of the Year honors.

“It is an unexpected but welcome thrill to be joining the great team at Del Mar this summer,” Collmus said. “I’m very excited to be calling the races at such an amazing and iconic venue for the sport.”

It is noted that although Collmus will be making his Del Mar seasonal debut, he already has a couple of solid seaside feathers in his cap. He took part in an above average trial run for his new job when he called the Breeders’ Cup races at Del Mar on November 3 and 4, 2017.

Denman, who has called every race at Del Mar since taking over for the late Harry Henson in 1984, told Del Mar officials he would be returning to the track for its fall season scheduled from October 31 to November 29.