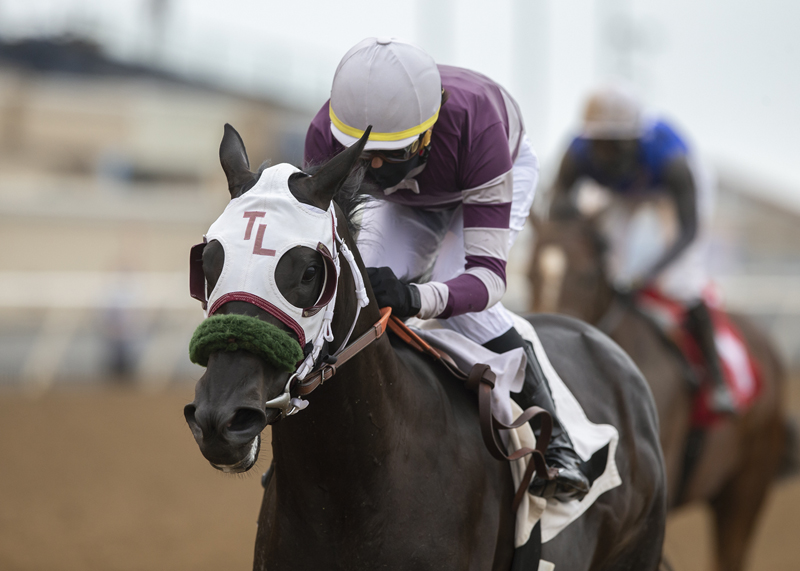 Seven young California girls will get it on Sunday over six furlongs in the 28th edition of the $100,000 Generous Portion Stakes, the feature attraction on an 11-race program at Del Mar.

Favoritism in the 2-year-old dash is likely to fall to either KMN Racing’s I’m So Anna or Templeton Horses’ Governor Goteven. Ricardo Gonzalez rides the former for trainer Steve Sherman, while Tiago Pereira rides the latter for conditioner Lisa Bernard.

Here’s the full field for the Cal-bred test from the rail out with riders and morning line odds:

Governor Goteven, a daughter of the Midnight Lute sire Governor Charlie, has won both her starts, most recently capturing the CTBA Stakes at Del Mar on August 1. That victory was both the first in a stakes race and first at Del Mar for her trainer – Lisa Bernard. The homebred lassie has flashed speed in both outings and figures to be close up early on Sunday.

I’m So Anna was a smart winner of her most recent attempt, a straight maiden race at Los Alamitos on July 2. She’s by the Medaglia d’Oro stallion Fast Anna who was bred by her owner.

Big Andy finished second to Governor Goteven in the CTBA is her most recent appearance. She crossed the line first in her racing debut at Santa Anita on June 13, but was disqualified and placed fourth. Subsequently, she ran second in a straight maiden race on opening day at Del Mar, July 10 for trainer Blake Heap.

Emma’s Dance was a smart winner of her lone start on August 1 at Golden Gate Fields. She by Curlin to Mischief and was bred by her owner.  Ed Moger, Jr. is the trainer.