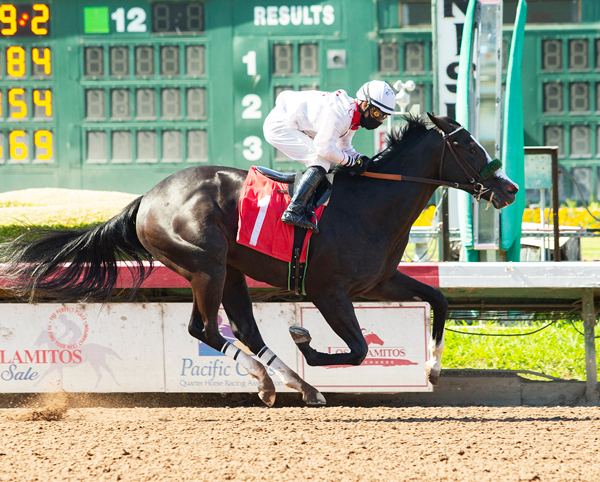 The 67th edition of the California Thoroughbred Breeders Association Stakes is on the menu Saturday at Del Mar and seven 2-year-old California-bred or sired fillies have taken up the challenge. The race goes as the 8th on an 11-race program.

The $100,000 test is interesting in that all of the starters will be making their first appearance in a stakes race.  Six of the seven have won maiden races and it appears that one of those – K M N Racing’s I’m So Anna – looms a solid favorite for the five and a half-furlong contest.

The daughter of the Medaglia d’Oro stallion Fast Anna, bred by her owners, clicked in her second start July 2 at Los Alamitos, winning a Maiden Special race by four open lengths at five furlongs. Ricky Gonzalez handled her that day and will be back on board for her CTBA run. Steve Sherman is her trainer.

Also of note in the field is the first-out winner Love Wins, a filly by Haynesfield who races for C T R Stables and is trained by Luis Mendez. The bay flashed speed at Santa Anita in her bow and tallied by nearly four lengths in a four and a half-furlong Maiden Special race. She’ll have Abel Cedillo in the boot Saturday.

Here’s the field for the sprint from the rail out with jockeys: