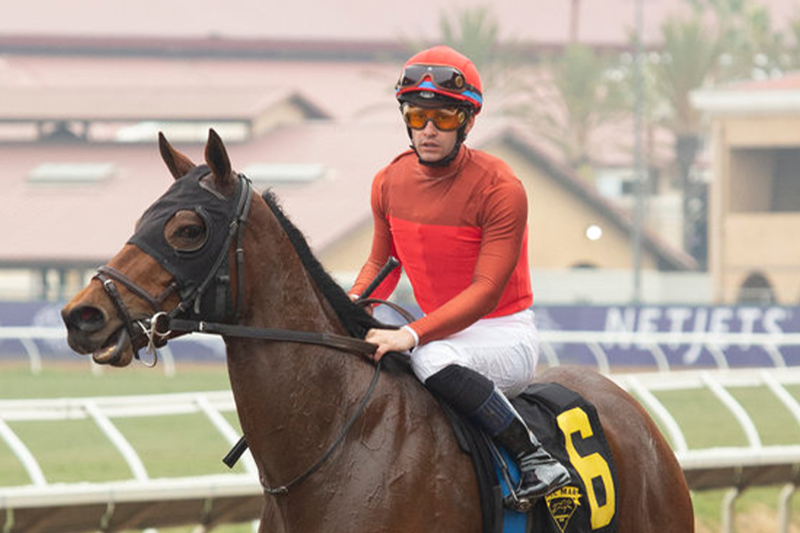 Seven long-winded runners will compete over the demanding distance of a mile and one half on the deep Del Mar turf course in the Grade II, $250,000 Hollywood Turf Cup, the featured attraction on a Thanksgiving Friday program.

The horses of special note in the marathon figure to be a British-bred 4-year-old gelding named Dicey Mo Chara and an Irish-bred 3-year-old gelding name The Grey Wizard. The former is owned by the father/son duo of Jed and Tim Cohen, who race under the banners of Red Baron’s Barn and Rancho Temescal, and is trained by Leonard Powell. The latter horse is owned by Eclipse Thoroughbred Partners or Frassetto and has been shipped in from New York. He’s conditioned by Graham Motion.

Dicey Mo Chara (Mo Chara is an Irish phrase that means “my friend”) has been knocking on the door against good company of late and this may be the breakthrough race for the son of the Irish stallion Adaay. He was beaten in a photo in the Grade II John Henry Turf Championship on October 1, his last time under colors. That race was at a mile and a quarter on turf and he was handled that day by Frenchman Ryan Curatolo. He’s back up for Friday’s feature and, should he win it, it would be his first stakes victory at the seaside oval.

The Grey Wizard only has six starts in his career so far, but the gray by the stallion Caravaggio has shown an ability and a fondness for long races on the grass. His trainer is as good as they get when getting one ready to compete at a high level and has had fine success shipping horses from east to west to try stakes types. The fact that he’ll be ridden by Hall of Famer John Velazquez adds yet another plus to his equation.

Here’s the full field with riders -- for the lung tester that will go as the seventh race Friday on a nine-race card:

Another in the lineup who deserves an extra look is Prince Abama, an Irish-bred by the sire Tamayuz. He’s a 4-year-old gelding who was an allowance winner on the turf at Del Mar this past summer and who subsequently placed in a pair of overnight races on the grass at Santa Anita. This will be farthest he’s ever run.

Cash Equity is another foreign-bred. He’s by the Irish stallion Toronado, but was foaled in France. He won an allowance race at Santa Anita going a mile and a quarter and most recently was fourth in the John Henry at the Arcadia track.