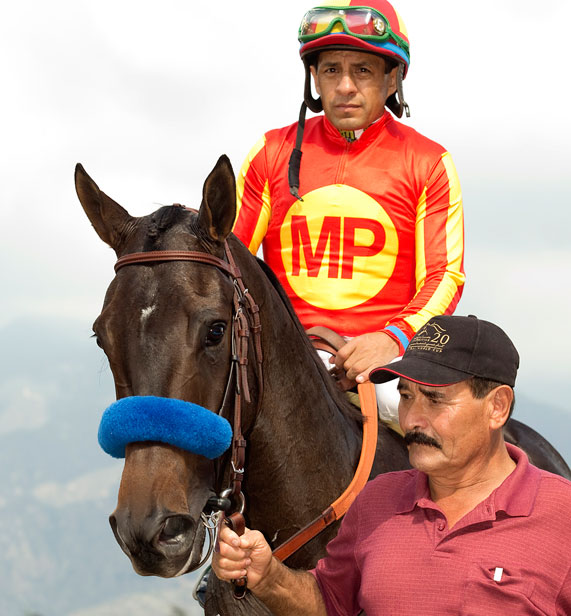 Toews On Ice, © Benoit Photo
A field of seven talented two-year-olds, headed by two-time stakes winner Toews On Ice from the barn of Triple Crown-winning trainer Bob Baffert, will tangle Saturday in the Grade III $100,000 Bob Hope Stakes at Del Mar.
Martin Garcia will climb aboard Toews On Ice, a son of Archarcharch who won the restricted Barretts Juvenile at Los Alamitos and followed that with an easy triumph in the Speakeasy Stakes at Santa Anita a month ago. Baffert also will send out Dr. Dorr (Mike Smith), a maiden winner at Santa Anita Oct. 10.
Jerry Hollendorfer has two entrants in the seven-furlong Bob Hope – Jury, with Rafael Bejarano, and I’malreadythere, under Tyler Baze. Jury was a winner of his only start, while I’malreadythere, also a maiden winner, was runner-up in the Zuma Beach on the Santa Anita grass.
Also in the line-up are Street Vision, Santiago Gonzalez; Mac Daddy Mac, Gary Stevens, and On Fire, Victor Espinoza.
Post time for the first of nine races will be 12:30 p.m.