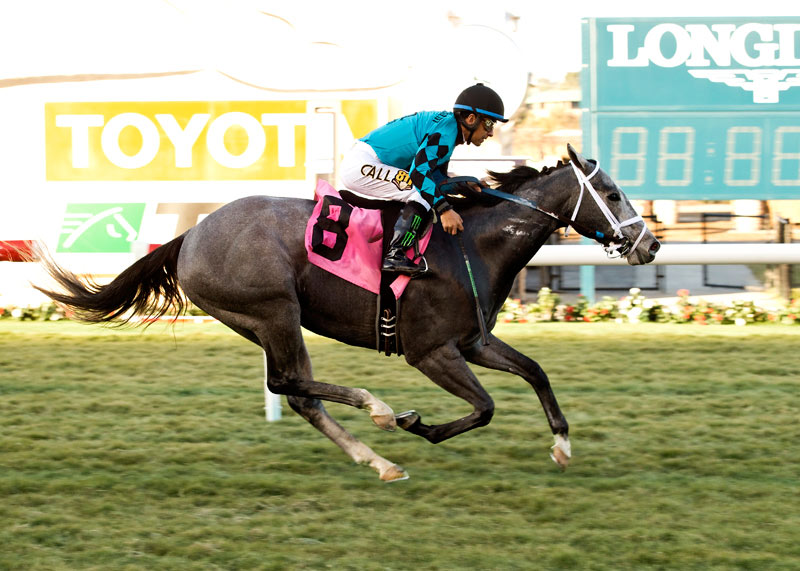 Richard's Boy ©Benoit Photo
Under a beautifully-timed ride by Victor Espinoza, Rockingham Ranch’s Richard’s Boy, the 7-2 second choice, won Del Mar’s featured race Thursday, a five-furlong sprint for a purse of $59,000 over the infield Jimmy Durante Turf Course.
A stalking second until the top of the stretch, Richard’s Boy took command with a furlong remaining and went on to score in handy fashion by two and one-quarter lengths. Holy Lute, the even-money favorite in the field of eight grass speedsters, rallied strongly but too late to threaten the winner while finishing a half-length in front of third-place Toowindytohaulrox. Hay Dude was a nose farther back in the fourth
Richard’s Boy, a three-year-old son of Idiot Proof from the barn of trainer Peter Miller, ran the five furlong distance in :56.42 and returned $9, $3.80 and $3.20 after his sixth victory in ten career outings.
Holy Lute, who was piloted by Santiago Gonzalez, returned $2.80 and $2.60 while Toowindytohaulrox paid $5.20 to show.