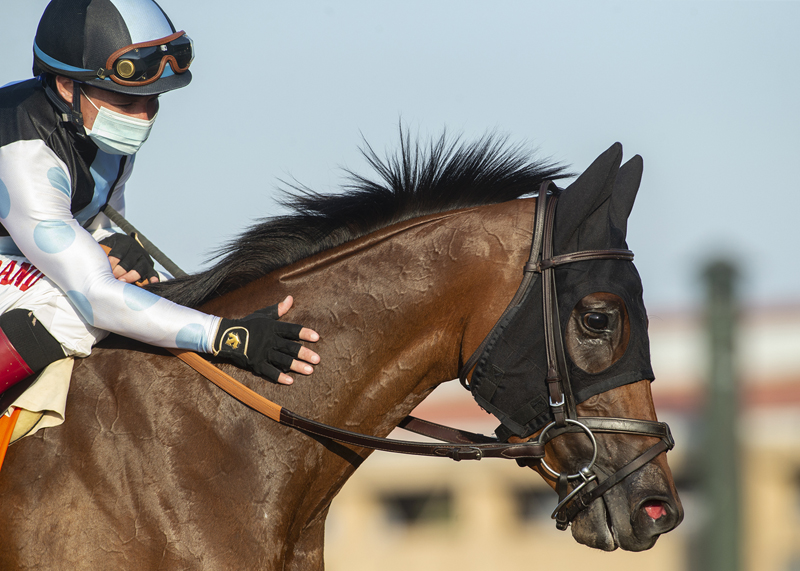 Eclipse Thoroughbred Partners’ Red Lark, an Irish-bred filly in the hands of an Irish trainer in Paddy Gallagher, pulled off a surprise in the 64th running of the Del Mar Oaks, a Grade I for 3-year-old fillies that was run at nine furlongs on the turf at Del Mar Saturday.

Red Lark was imported from the Emerald Isle at the end of 2019 and had six U.S. starts before today. She was close in several of those outings, but today she grabbed the big prize worth $150,000, as well as a large chunk of black type. Her bankroll now reads $225,000. She is by Epaulette out of an Darshaan mare named Firecrest.

DRAYDEN VAN DYKE (Red Lark, winner)—“Out of the gate, we had the perfect spot.  I wanted to follow Mike Smith (Warren’s Showtime), because I thought his filly would be the one to beat.  I knew my filly had a good chance because she was really fit.  We got bottled up in her last race.  Today, she got to run and she showed how good she is.”

PADDY GALLAGHER (Red Lark,winner) – “The allowance race here set her up well and she came out of it good. I was confident in the filly; I knew she was happy and all, but I didn’t know if she was good enough. She needed to run the race of her life and she did. Drayden (Van Dyke) had her in a great spot all the way and when he asked she responded and was good enough.”

The stakes win was the third of the meeting, but first in the Del Mar Oaks, for rider Van Dyke. He now has 33 stakes wins at Del Mar.

The stakes win was the first of the meeting, but second (2008, Magical Fantasy) in the Del Mar Oaks for trainer Gallagher. He now has 12 stakes wins at Del Mar.