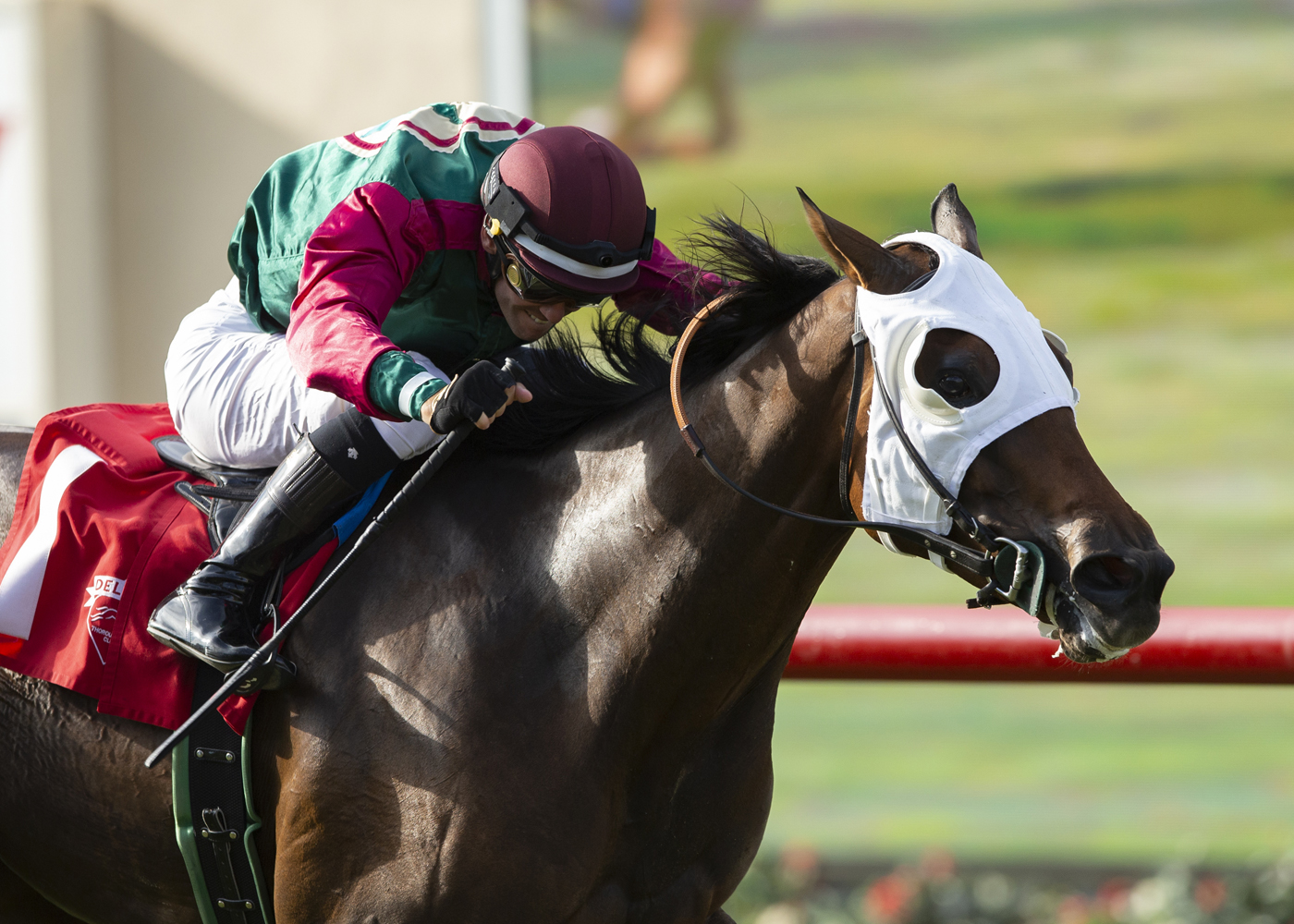 For the second year in a row, Mr. and Mrs. Larry Williams’ Pulpit Rider was up in the very last stride to win by a nose in the $150,000 Solana Beach Stakes.

The now 6-year-old mare by the late sire Lucky Pulpit benefitted from a heady ride by Del Mar’s top jockey, Flavien Prat, and caught Legacy Ranch’s Nardini right on the wire. This was actually Pulpit Rider’s third straight start in the Solana Beach. In 2019 she finished second, but was disqualified back to sixth for interference.

For the 16th straight racing day, the track’s Pick Six Single Ticket Jackpot wager went unsolved and its carryover climbed once more, this time to $1,645,118. It will be up for grabs when racing resumes at the shore oval on Thursday with an eight-race card and a 2 p.m. first post.

FLAVIEN PRAT (Pulpit Rider, winner) – “I rode her with a lot of confidence. Mike (trainer Puype) gave me that confidence. He said she was ready and to ride her that way. I thought I’d won the bob at the end, but you don’t know about those things. It worked out.”

MIKE PUYPE (Pulpit Rider, winner) – “She gives a good account of herself every time. The record speaks for itself. She’s up over $550,000 in earnings and that’s a heck of a resume for a Cal-bred. She’s healthy, she’s sound and not showing she’s nearing retirement. (Laughs) I’d like to think she could run in this next year but that’s up to the owners. Great ride by Flavien today. I don’t know if you’ll see her again during the meeting but maybe in November.”

The victory was the seventh of the meet for rider Prat and his second in the Solana Beach (Majestic Heat, 2016). He now has 67 stakes wins at Del Mar, 12th most all time.

The victory was the first of the meet for trainer Puype, but his third in the Solana Beach. He now has 12 stakes wins at Del Mar.

The winning owners (and breeders) are Mr.-Mrs. Larry D. Williams of Boise, Idaho.