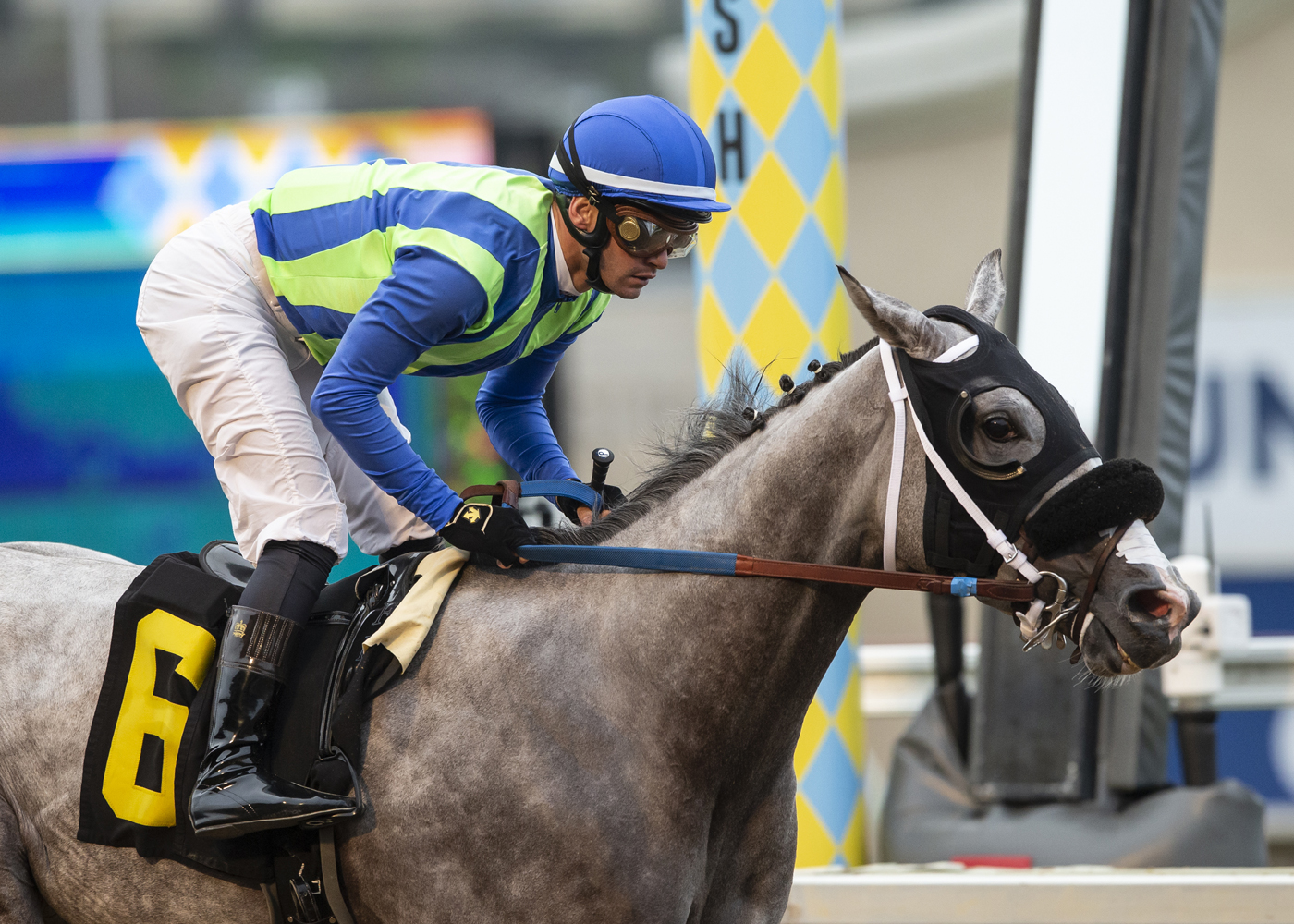 None Above the Law © Benoit Photo

Downstream Racing’s gray stretch runner None Above the Law found a perfect spot just behind the leaders early, then pounced at the quarter pole and won in the clear in Friday’s featured Real Good Deal Stakes at Del Mar.

The Golden State Series offering was worth $175,500 in total and $99,750 to “Law’s” connections. The homebred gelding – whose winning margin turned out to be five and a quarter lengths – was winning the fifth race of his career and raised his bankroll to $304,060.

The 3-year-old test was conducted over seven furlongs and the winner covered the distance in 1:22.90.

Leading rider Flavien Prat was in the boot on “Law” for his third winner of the afternoon. Leading trainer Peter Miller tightened the cinch on the son of Karakontie for his third victory on the day. After eight days of racing at the Del Mar stand, Prat now has 16 wins and is well in front in the jocks’ standings. Miller has racked up eight victories to easily lead the trainers’ parade.

Finishing second in the Real Good Deal was the odds on favorite The Chosen Vron, who is owned by the partnership of Fetkin, Sondereker or Thornburg, et al, while running third was Brown, Klein or Lebherz’s Letsgetlucky.

The track’s Pick Six Single Ticket Jackpot wager was not hit for the sixth day in a row and its carryover pot ran up to $441,366.

FLAVIEN PRAT (None Aove the Law, winner) – “We were in a good spot and he was comfortable. The draw helped us. When I asked him (to go), he was a willing horse. He’s a nice horse.”

PETER MILLER (None Above the Law, winner) – “The No. 1 horse (The Chosen Vron) towered over the field, but he didn’t fire today. And it’s hard to win from behind on this track. Our horse tries every time and Flavien (Prat) gave him a great ride, so we couldn’t be happier.”

The stakes win was the fifth of the meet for rider Prat and his fourth in the Real Good Deal Stakes. He now has 65 stakes wins at Del Mar, 12th most of all riders all time.

The stakes win was the second of the meet for trainer Miller and his third in the Real Good Deal Stakes. He now has 40 stakes wins at Del Mar.

The winning owner was Downstream Racing, which is the nom du course for J. Kirk Robison of El Paso, TX.