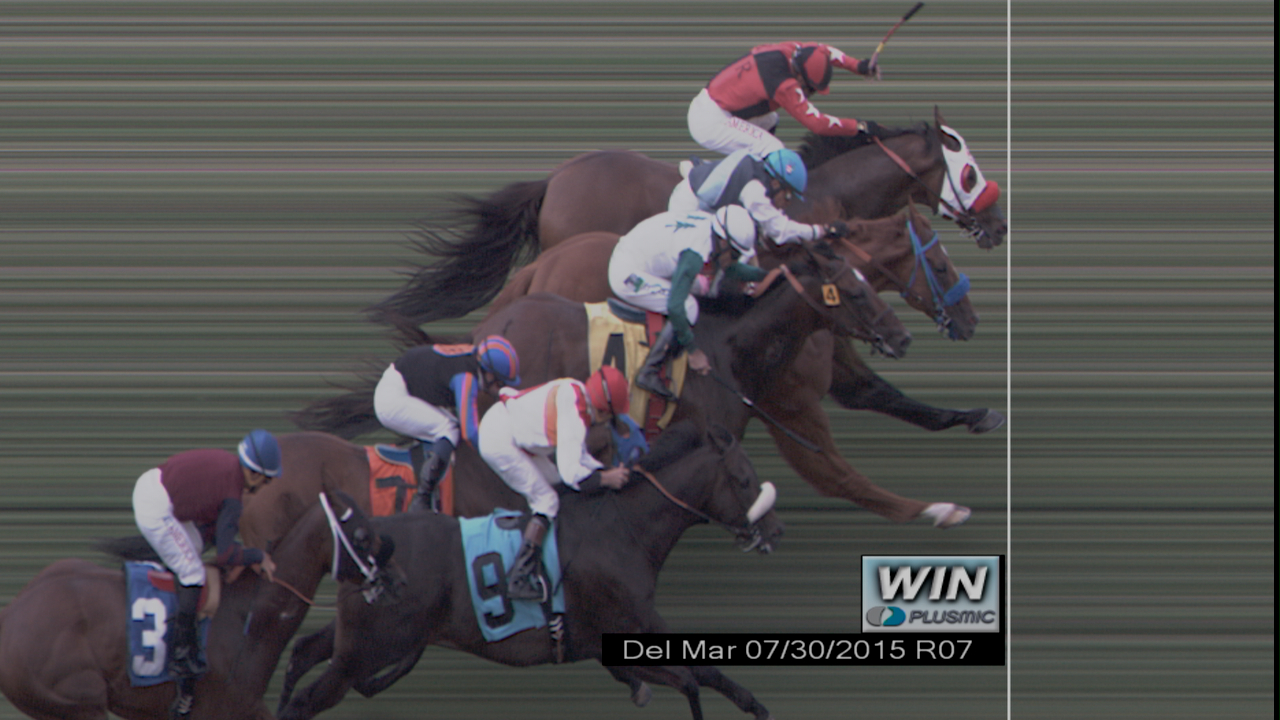 Appearing beaten in deep stretch, Little Jerry dug in gamely under jockey Martin Pedroza to win Thursday’s feature race at a mile and one-sixteenth on the grass in a five-horse blanket finish.
Little Jerry, a five-year-old son of Candy Ride, led from the start of the contest under good rating by Pedroza, was engaged entering the stretch by longshot Boyett and 6-5 favored Power Ped but fought off both rivals to win by a nose in 1:40.49 for the distance.
Boyett, who went postward at 11-1 under Rafael Bejarano,  was a head in front of Power Ped at the finish.  The latter in turn had a neck advantage on fourth-place Soi Phet who was the same margin in front of Australian-bred Danas Best in fifth in the nine-horse field. Procurement was scratched.
Little Jerry, owned by Jaam Racing and Riley Racing Stable and trained by Richard Baltas, notched his fifth victory in 29 starts and first since last November at Del Mar.
Sent off at 5-1, Little Jerry paid $12.60, $6.40 and $3.40, while runner-up Boyett returned $13 and $6.20 and Power Ped paid $2.60 to show.
With no perfect tickets in Thursday’s Pick Six, Friday’s program will have a carryover of $53,419. Post time for the first race Friday will be 4 p.m.
Attendance Thursday was 8,338.