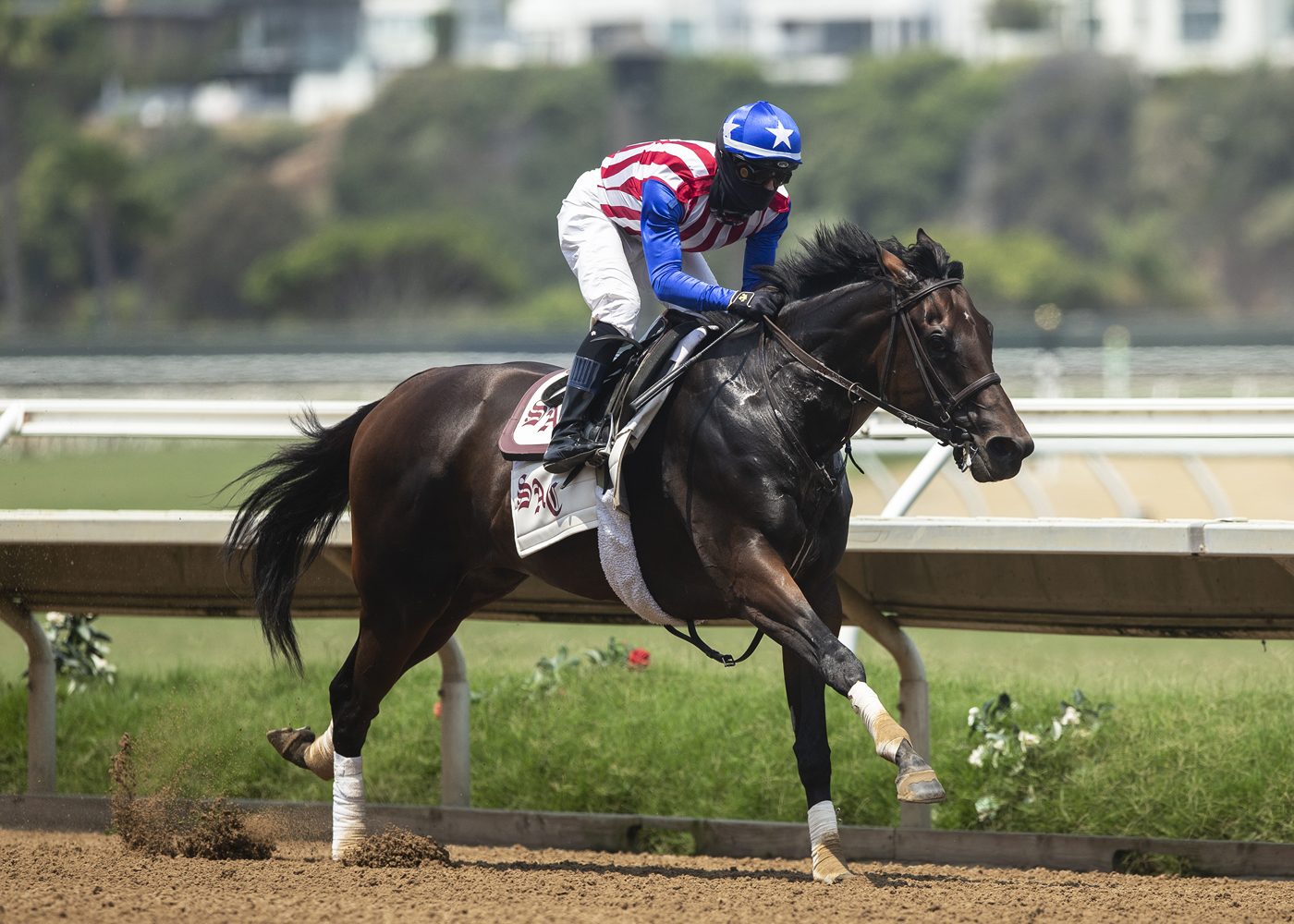 Donna Veloce, a stakes winning filly who is headed for the Grade I Kentucky Oaks at Churchill Downs on Friday, September 4 for her next start, turned in a six-furlong work for that test at 12:45 this afternoon at Del Mar.

The daughter of Uncle Mo, owned by Kaleem Shah and Mrs. John Magnier, had Flavient Prat up as she covered the distance in 1:11.60 on a fast track during a sunny afternoon at the seaside oval. Her trainer, Simon Callaghan, looked on.

She started her work at the five-furlong pole, went her first quarter in :25.00, her second in :47.80 and hit the finish line in :59.80.  She then continued on another furlong to her final time and finished up by galloped out seven eighths in 1:26.20.

The bay was an $800,000 2-year-old in training sale acquisition and – in four starts all told so far – has earned $490,000. She captured Santa Anita’s Santa Ysable Stakes on March 8 in her most recent out. Last year she won her first start in September at Santa Anita, then came back to just miss in the Breeders’ Cup Juvenile Fillies on November 1 at Santa Anita. She completed her year by finishing second again in the Grade I Starlet at Los Alamitos in December.