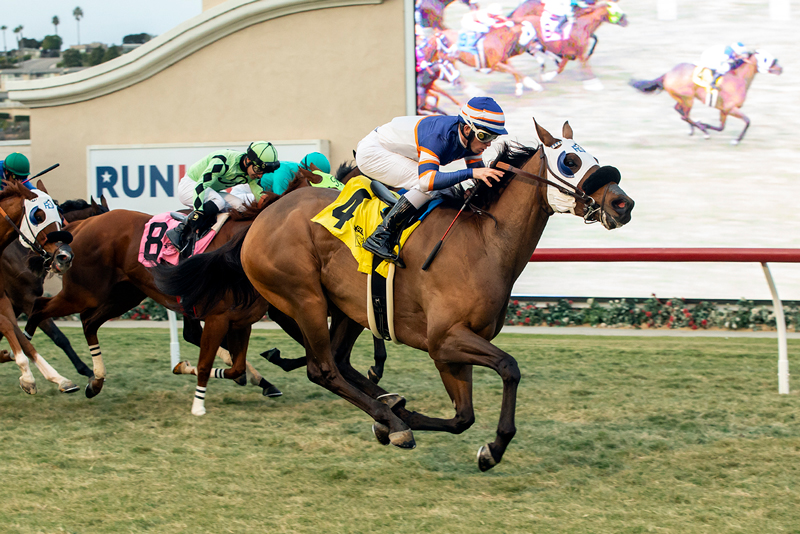 Nick Alexander’s homebred Jack Sixpack came widest and fastest of all through the lane Friday at Del Mar to capture the day’s feature attraction by a length and a quarter under veteran rider Kyle Frey. The outsider registered a $35.60 win price as one of the longshots in the nine-horse field.

Finishing second in the five-furlong turf test for California-bred allowance horses was Brown, Klein or Lebherz’s Who’s Candy, who had only a nose on RL Stables’ Moose Mitchell. Final time for the dash was :56.52.

Jack Sixpack is a 3-year-old gelding by Bluegrass Cat and is trained by Phil D’Amato. The victory was his second in seven career starts and the $43,200 winner’s share of the $74,000 purse pushed his earnings to $107,580. The bay was dropping back to a sprint after a series of two-turn races.

The track’s popular Pick Six Single Ticket Jackpot wager was once again too tough to call for the betting public and its carryover grew to $441,408, an amount that will be in the pool when the bet opens tomorrow, the next-to-last day of the fall meeting.