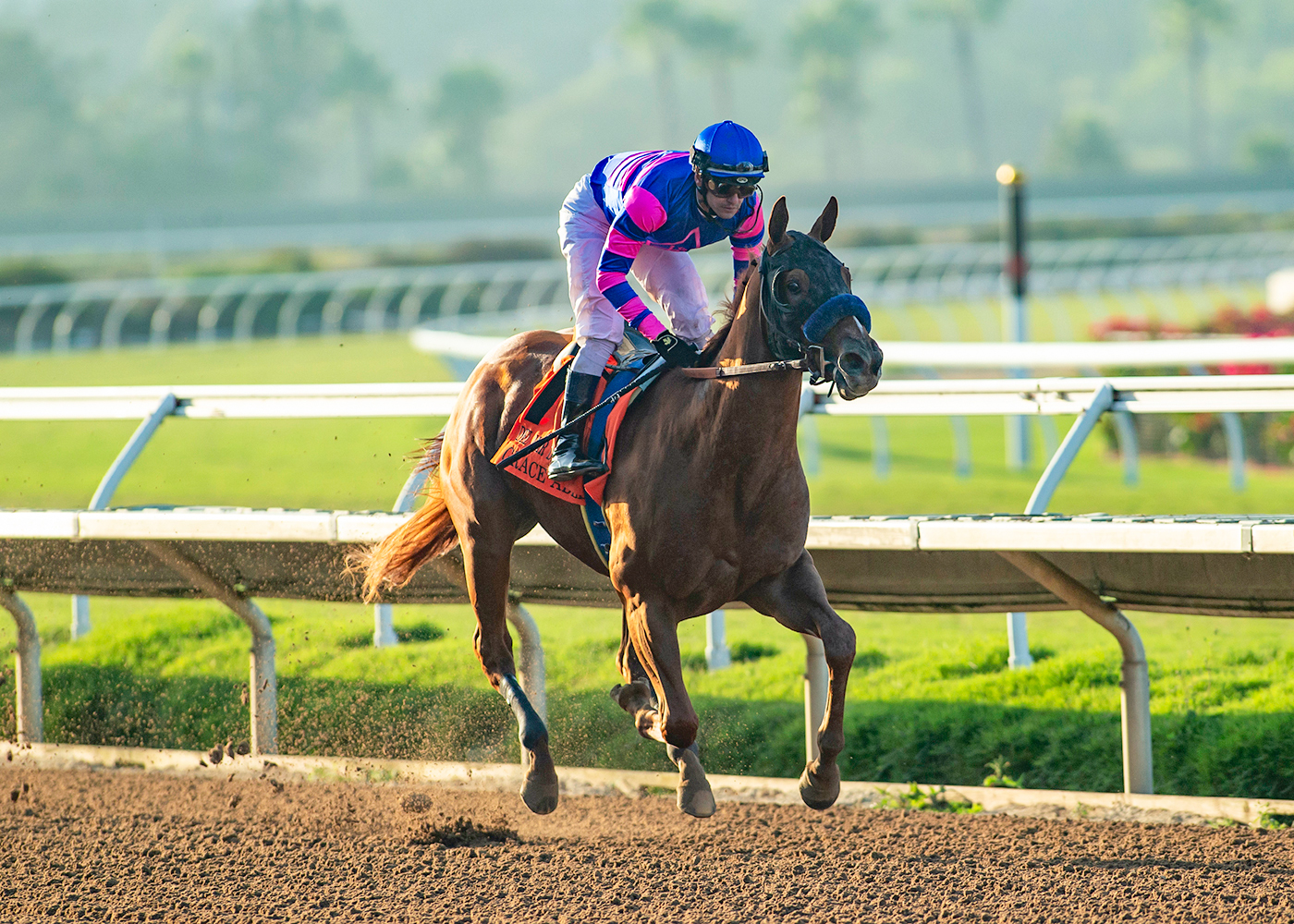 Willow Grace Farm or Michael Lund Petersen’s Grace Adler came running late in the Grade I TVG Del Mar Debutante, then she went running right on by as she drew out to a galloping 11 1/4 length triumph in the 71st edition of Del Mar’s foremost race for 2-year-old fillies.

The daughter of Curlin staked a rapid early pace, then made her move on the turn in the seven-furlong affair and showed her heels to her seven rivals. She was handled by meet-leading rider Flavien Prat, one of four winners he had on the afternoon.

Grace Adler, conditioned by Bob Baffert, earned $180,000 from the gross purse of $301,500, increasing her winnings to $222,000. She captured her only other start, a straight maiden race here on July 31. Baffert, far and away Del Mar’s leading trainer with 142 stakes wins, was taking down his 10th TVG Del Mar Debutante.

Finishing second was Red Baron’s Barn or Rancho Temescal’s Dance to the Music, two and three-quarter lengths ahead of Calvin Nguyen’s Bicameral.

Earlier on the day’s program, Gary Barber’s Liam’s Dove pulled off a shocker by leading from start to finish and hanging on for a head victory in the $103,000 Del Mar Juvenile Fillies Turf under Kyle Frey.

The daughter of Liam’s Map ran the one mile on the green in 1:36.65 and bested 10 other 2-year-old fillies in the 10th running of the race. She is trained by Peter Miller.

The victory was Miller’s 24 of the stand on its 30th day of racing. He’s the track’s current leading trainer and will be crowned its 2021 champion tomorrow, his eighth overall at the shore oval.

Racing will conclude at Del Mar tomorrow, Labor Day Monday. There will be a $694,803 carryover in its Pick Six Single Ticket Jackpot wager and a “mandatory” payout for the day. First post will be 1:30 p.m.

FLAVIEN PRAT (Grace Adler, winner) – “No special instructions for me. Bob (trainer Baffert) just told me that she wasn’t as fast as the other fillies, but that she’d come running. He was certainly right. It might have looked like I moved too early with her, but it was more a case of them coming back to me. We were going forward and they were coming back.”

BOB BAFFERT (Grace Adler, winner) “I wasn’t happy with (Eda’s) position early because they were going way too fast up front. Grace Adler is a really good filly and when she started to make her move (from sixth) you could tell by Trevor Denman’s voice that she was really making up the ground. They’re both good fillies, it’s just too bad that (Eda) got caught up in a speed duel. It was set up for (Grace Adler).”

The stakes win was the 12th of the meet for rider Prat and his third in the TVG Del Mar Debutante. He now has 72 stakes wins at Del Mar, tied for 10th most all time.

The stakes win was the third of the meet for trainer Baffert and his 10th in the TVG Del Mar Debutante. He now has 142 stakes wins at Del Mar, the most of any trainer.