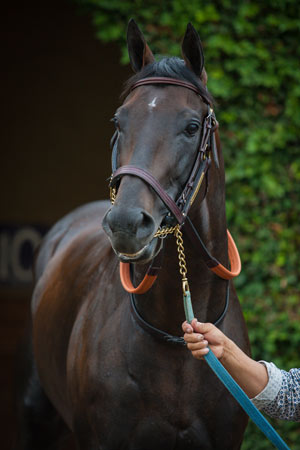 Gimme Da Lute, a more than capable runner somewhat overlooked in the excitement over stablemate American Pharoah’s epic Triple Crown achievement, looms a strong favorite to add to his resume Sunday in the $200,000 Real Good Deal Stakes at seven furlongs.

Gimme Da Lute, a son of Midnight Lute trained by Bob Baffert, has been a jewel of consistency in his career, never worse than third in seven starts while winning four races, including the Affirmed in June at Santa Anita and, most recently, the Los Alamitos Derby on July 4.

Post time for the first of nine races Sunday is 2 p.m.