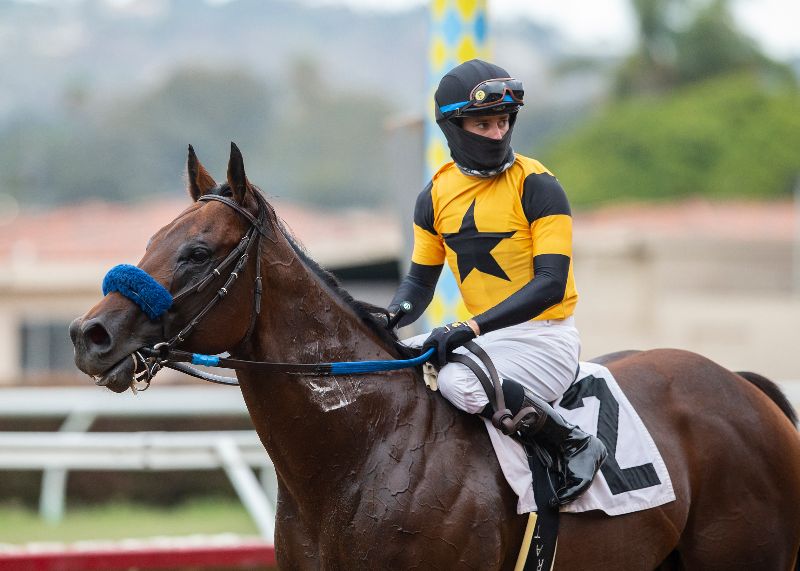 West Point Thoroughbreds, Denis Barker and William Sandbrook’s Galilean will attempt to win the seventh stakes race of his brief career Sunday when he takes on nine rivals in the seventh running of the Cary Grant Stakes.

The seven-furlong dash for 3-year-olds and up bred in California carries a purse of $100,000 and is part of the year-long Golden State Series that provides approximately $4.6 million in purses to Cal breds at racetracks throughout the state.

Galilean is a son of the prolific Kentucky sire Uncle Mo out of the El Prado mare Fresia who was foaled in the Golden State. He was a $60,000 yearling purchase initially, but he became much more than that when he was offered for sale at the Barretts Spring Sale of 2-year-olds in 2018. He was far and away the sales topper at that event as he was hammered home at $600,000 at the behest of West Point Thoroughbred’s Terry Finley.

The bay colt was trained by Hall of Famer Jerry Hollendorfer for his 2- and 3-year-old seasons and captured the Barretts Juvenile Stakes at Los Alamitos in the first start of his career. He went on to win two more stakes and place in two others for Hollendorfer before going on the shelf, then being moved to the barn of conditioner John Sadler for his 4-year-old season where he’s managed to win a trio of Cal-bred stakes. His current record stands at 12 starts, six wins and $577,098 in purses.

Galilean will be ridden by Umberto Rispoli Sunday under topweight of 124 pounds and has been pegged as the 5/2 favorite in the Cary Grant lineup.

Here’s the full field for the feature in post position order with riders and morning line odds:

El Tigre Terrible, a 3-year-old by Smiling Tiger, has won four of nine starts including a pair of stakes tallies, most recently at Del Mar this past summer in the Real Good Deal run under similar conditions as the Cary Grant. Peter Miller trains the bay gelding.

Take the One O One shortens up after a series of two-turn races. The 5-year-old by Acclamation didn’t race at all in 2019, but is a double winner this year. The Brian Koriner-trained horse has a bankroll that reads $447,326.

Rookie Mistake has been stakes-placed on four different occasions. The Square Eddie colt is trained by Doug O’Neill.

Both Brickyard Ride and Surfing Star are being ridden by apprentices, an unusual occurrence in a stakes race where their apprentice allowances do not apply. In both cases it has to be seen as a tip of the cap to Centeno and Pyfer and their riding abilities.

First post Sunday for the nine-race card is 12:30.  The Cary Grant is the eight race on the program and should go off around 4 p.m.