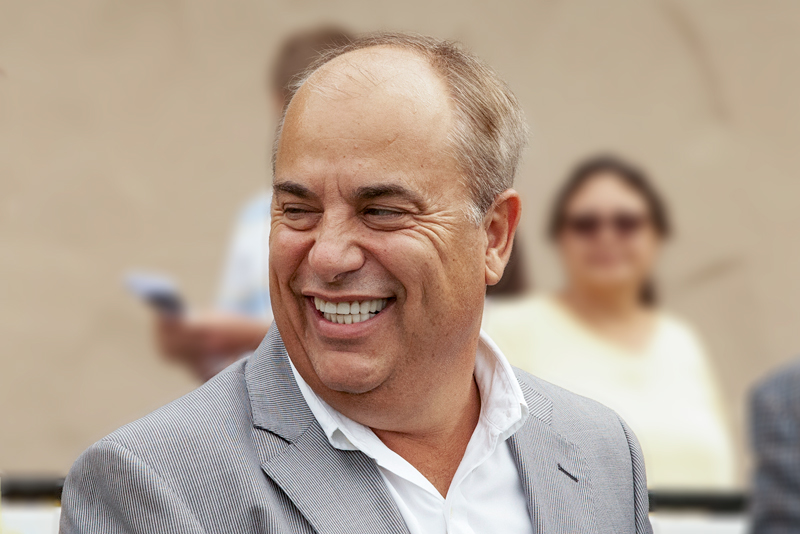 A fun story about the last time trainer Mark Casse had a colt win the Best Pal Stakes and then be favored for the Del Mar Futurity.

The year was 2014. The horse was John Oxley-owned Skyway, who was ridden to victory in the Futurity-prep Best Pal by Stewart Elliott. Casse, recently inducted into racing’s Hall of Fame a year after being voted entrance, picks up the narrative from there.

“Skyway had won the Best Pal and he was going to be the favorite in the Futurity. Bob (Baffert) had an exercise rider get hurt and Stewart Elliott was walking over to exercise one for Bob and I guess he got too close to a horse on a hot-walking machine and he got kicked and broke his ribs.

“I had riders lined up to ride Skyway and Victor Espinoza was on the short list. A few days before, I told Espinoza’s agent (Brian Beach) I was going to let Corey Nakatani ride.

“A few days go by and I see his agent and asked if he’d picked up anything for the Futurity. He goes, ‘Aw, we picked up a maiden for Bob.” 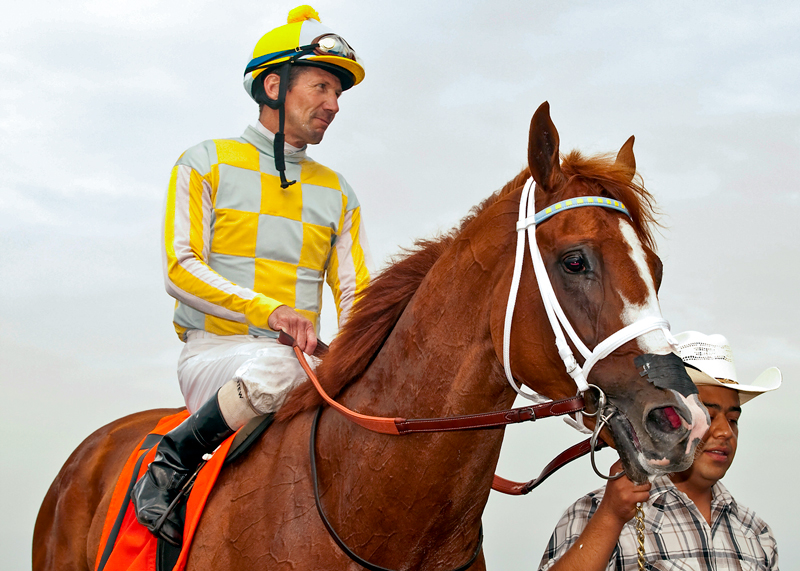 “I think Skyway ($2.30-1 in the Futurity) was the only horse ever to be favored over American Pharoah,” Casse said.

Seven years later, Casse has Pappacap, a homebred son of Gun Runner from the Rustlewood Farm of George and Karen Russell and 2-for-2 in a career with a 4 3/4-length victory in the Best Pal on August 7 here following up a wire-to-wire debut win in May at Gulfstream Park in Florida. Pappacap is the likely favorite for the 74th running of the Runhappy Del Mar Futurity on closing day of the meeting, Labor Day Monday, September 6.

“Pappacap has been a horse, from the time we started breezing at our training center in Ocala, that always seemed a little extra special,” Casse said recently by phone from Saratoga. “George and Karen Russell are small breeders, but wonderful people and we’re very excited for them.

The plan was altered after the Gulfstream debut.

“I didn’t know he would go right to the lead,” Casse said.  “I didn’t think they would beat him, but I thought he would settle and then make a run. I was kind of shocked by it, but good horses are very versatile and he’s a good horse.

“We brought him back to Ocala, the Russells were there to watch him and I just ran it by them that there was a good series in California and I think this horse could be a Breeders’ Cup horse. So why not send him out, and they said OK.”

With assistant Allen Hardy-Zukowski overseeing preparations at Del Mar, Pappacap, under Joe Bravo, rated nicely behind two front-runners, took over in mid-stretch and went on to a 4 ½-length victory

“I’ve seen much stronger Best Pals and I’m not sure he beat the greatest field in the world, but I liked the way he did it,” Casse said. “He settled, he finished, he galloped out strong. And I think it helped him. He’s got a lot of confidence right now.” 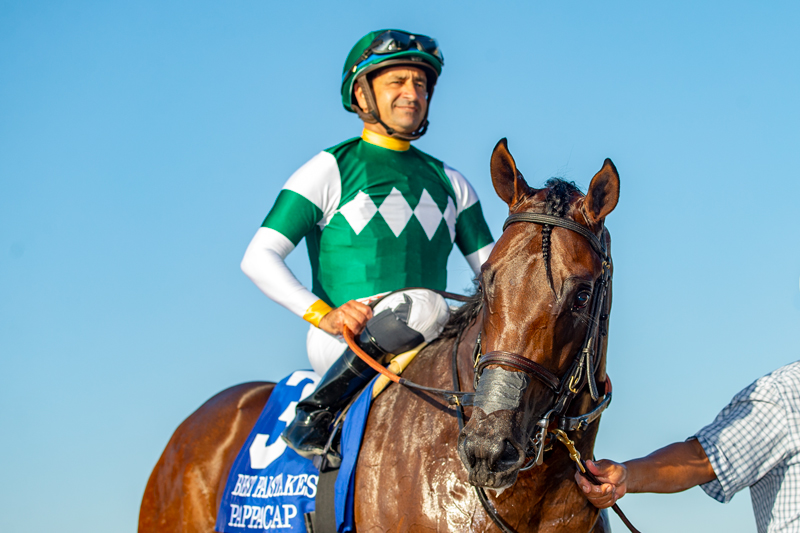 If Papacap does well in the Futurity, the plan is to keep him in California, part of a small string for Casse at Santa Anita, and then back to Del Mar for the Breeders’ Cup World Championships on November 5-6.

In the 2017 Breeders’ Cup, the first as host for Del Mar, Casse was represented by seven horses in five races. A third, at odds of 14-1, in the Dirt Mile by Awesome Slew as part of the Friday program got the Casse contingent off to a good start. A sixth by Wonder Gadot, one of three Casse charges in the Juvenile Fillies, was the best result from the next five he saddled.

Then World Approval won as the favorite in the $2 million Mile on turf, which was worth $1.1 million for owner Charlotte Weber of Live Oak plantation, a longtime client whose father was a Florida neighbor and friend of Casse’s faher.

It was the third year in a row that Casse had won a Breeders’ Cup race. In the post-race press conference he had this to say of World Approval: “Obviously, to win this race you have to be a great horse and he proved that today. You can’t train greatness. You can just kind of make sure you don’t get in their way.”

Two months out, it’s impossible to predict how many horses Casse will have when Del Mar serves as the Breeders’ Cup venue for a second time. But he’s hoping it will be similar, or even greater, in numbers to 2017.

Got Stormy punched a ticket to the FanDuel Mile with a ‘Win and You’re In’ victory in the Fourstardave on August 1 at Saratoga. Casse has several prospects for the Woodbine Mile on September 18, and an assortment of 2-year-olds for the Natalma Stakes and Summer Stakes the following day in Toronto, all automatic qualifier events

“We have a lot of young horses and this is the time of year you look for them to step up,” Casse said. “I had a filly called Valadorna who didn’t make her first start until September and she wound up second in the (2016) Breeders’ Cup Juvenile Fillies. I had a horse called Airoforce who didn’t run until Kentucky Downs (early September) and he wound up getting beat a neck in the (2015) Breeders’ Cup Juvenile Turf.

“So we’ve got horses out there that haven’t started yet that have potential. You need a lot of luck.”

The 2017 Breeders’ Cup was for Casse a return to the track where he had overseen a string in 2014. A proponent of artificial surfaces, Casse forged a western campaign for the final season before Del Mar switched back from Polytrack to dirt for the main track.

“I remember we had a bunch of seconds and no wins to start and it was being talked about,” Casse said.  “I could run 15 at Woodbine and not win and nobody notices. (At Del Mar) you lose 15 in a row and you feel like everybody’s watching.”

On the final weekend of the campaign, Casse – despite issues -- wound up saddling the standout filly Lexie Lou to do battle with California Chrome in the first Hollywood Derby at Del Mar.

A normally short 10-minute trip from their rental house took more than twice as long and, arriving at the track, Casse was delayed further by a security guard who didn’t recognize or believe him when he said he had a horse to saddle.

Win or lose, smooth sailing or hassles, Casse has always expressed an affinity for Del Mar on his visits.

“We love Del Mar,” Casse acknowledged. “If I said to my wife, Tina, ‘Let’s move to Del Mar,’ she’d be packing in no time. She loves it there. I’ve said to a lot of people, it’s where trainers die and go to heaven.”