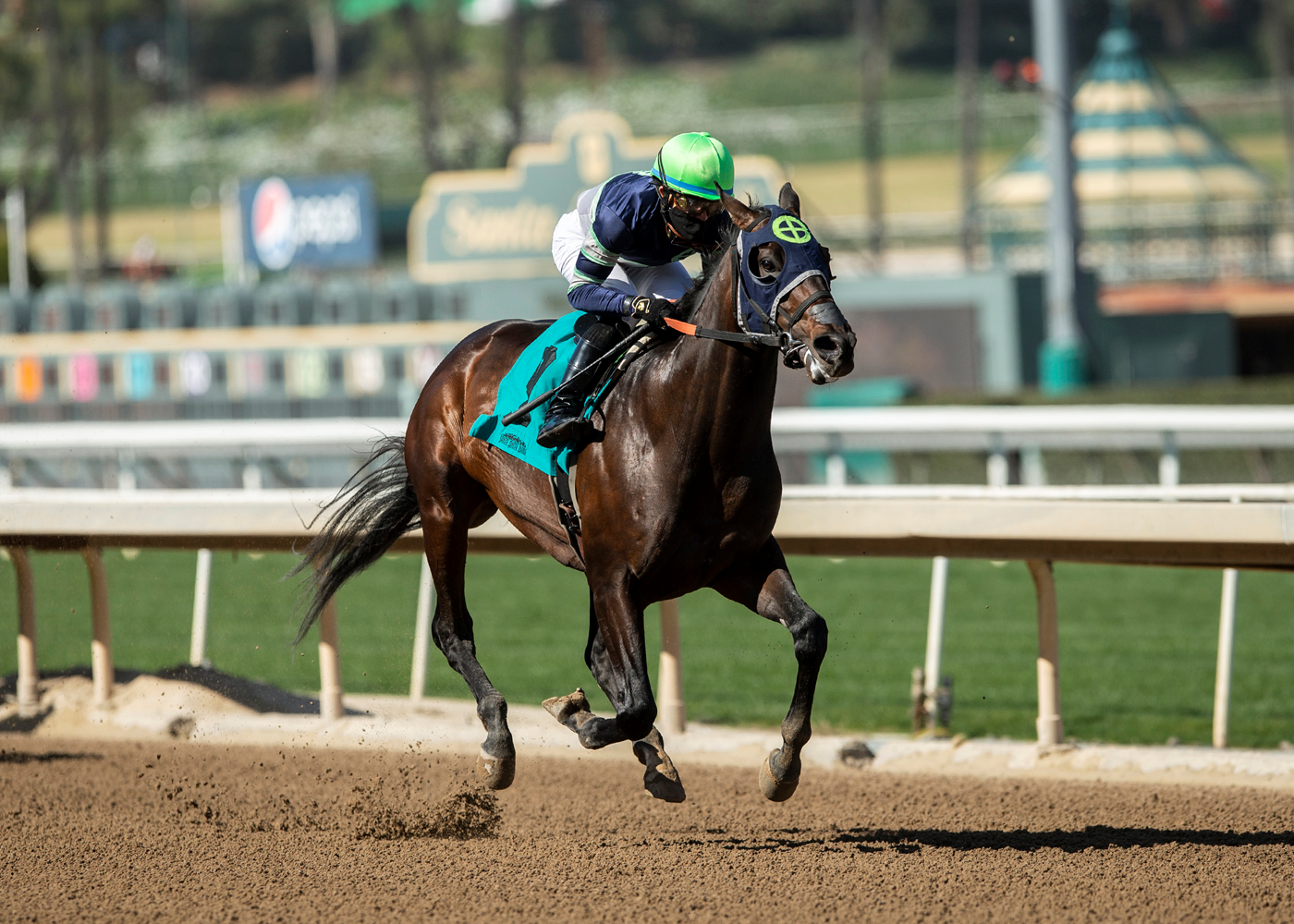 A gate full of 3-year-olds will run a mile on the Jimmy Durante Turf Course Friday in the 76th edition of the Runhappy Oceanside Stakes, the highlight of a 10-race card that welcomes racing – and its fans – back to Del Mar for the start of the seaside track’s 82nd summer season.

Following the 2020 session at the shore that saw racing conducted before a silent and empty grandstand, this year’s roar of the crowd as the runners dash down the stretch should be sweet music for all involved. Del Mar is requiring that all in attendance have a seat, so it appears likely the opener will see approximately 16,000 fans on board as the show gets started with a 2 p.m. first post.

Fourteen runners have had their names listed for the grassy Oceanside, so traffic and good luck will play key roles in the first leg of the Del Mar turf triple for sophomores that will continue with the La Jolla Stakes on August 8 and climax with the Del Mar Derby on September 4.

While several of the Oceanside sophs deserve an extra look coming into the test, two seem to stand out a bit above their rivals:  Exline-Border Racing, SAF Racing or Hausman, et al’s Dream Shake and Downstream Racing’s None Above the Law.

The former has been banging heads with some of the best 3-year-olds in the country during his brief five-race career so far this year and has been graded stakes-placed on three occasions. This will be his first attempt on the lawn, but his breeding – by Twirling Candy out of a Street Cry mare – says he should be right at home on it. Trainer Peter Eurton has named west coast newcomer Joe Bravo to ride.

None Above the Law is a California-bred gelding by the Japanese stallion Karakontie who races out of the Peter Miller barn. The gray stretch-runner was a double stakes winner at Golden Gate Fields in the Bay Area this spring and has shown an affinity for the grass. None Above the Law is a four-time winner and will have the saddle services of top rider Juan Hernandez.

Del Mar will race Friday-Saturday-Sunday for the first two weeks of its 31-day session, then stretch out to a Thursday through Sunday format for the remaining six weeks that will finish finally on Labor Day Monday, September 6.

The track will feature one of its most robust stakes schedules ever with 39 black type offerings worth more than $7.1 million. It also has an enhanced “Ship & Win” program for attracting out-of-state horses and early word is that it is working. Several eastern and/or midwestern trainers have sent strings to the track and the spice of competition from new faces has the makings for a fine summer stew.

First post daily will be at 2 p.m. with the exceptions of Fridays (other than Opening Day) when it shifts to 4 p.m. The final two Fridays of the stand – August 27 and September 3 – will see an adjustment to a 3:30 p.m. start to the day’s activities.