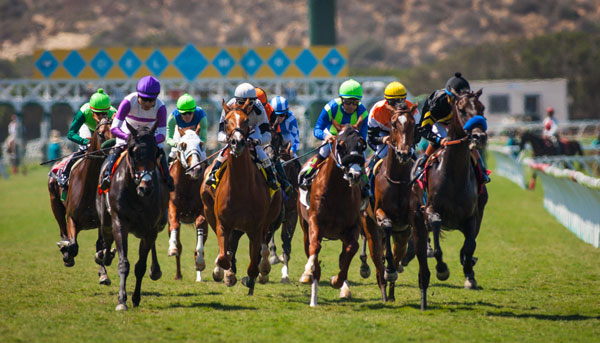 © Del Mar Thoroughbred Club
TGIF. Thank God It’s Friday.
Excuse Del Mar Thoroughbred Club racing fans if they add a rider to that popular rallying cry to festivities. Make it Thank God It’s Friday, July 15, 2016, Opening Day of the 77th summer racing season.
An on-track crowd in the 40,000 range – where Del Mar has roamed for the last 11 Opening Days – is anticipated for the first Friday summer opener in 46 years. First post will be 2 p.m.
The traditional Opening Day feature, the $100,000 Oceanside, is the first of 43 stakes with combined purses totaling $7.55 million during the 39-day meeting, which closes on Labor Day, September 5.  Post time is 2 p.m. Opening Day and every day with the exception of Four O’Clock Fridays into late August, then there will be 3:30 starts on the final two Fridays of the session, August 26 and September 2.
Racing will be conducted five days a week, Wednesday through Sunday. The track will be dark on Monday and Tuesday with the exception of Closing Day, Labor Day Monday.
As usual, an array of racing talent, both human and equine, will be on display. The trainer roster is graced by Hall of Famers Ron McAnally, Neil Drysdale, Richard Mandella, Bob Baffert and Jerry Hollendorfer. Jockey regulars Gary Stevens, Mike Smith, Kent Desormeaux and Alex Solis also have plaques on the wall in the Saratoga Springs, N.Y., racing place of honor.
Two champions -- Hall of Fame-bound horses California Chrome and Beholder --  headline the more than 2,000 runners stabled either on the grounds or at nearby training centers like San Luis Rey Downs and Galway Downs.
The Grade II $200,000 San Diego Handicap on Saturday, July 23 is the target for California Chrome in his first start since a March 26 victory in the $10 million Dubai World Cup. The California-bred was 2014’s Horse of the Year in a 3-year-old season that saw him win six stakes including the Kentucky Derby and Preakness. Now a 5-year-old, the son of Lucky Pulpit who is wisely handled by veteran trainer Art Sherman is 3-for-3 with earnings of more than $6.2 million thus far in 2016 following an injury-plagued 2015. Del Mar-based Victor Espinoza, who has been aboard the flashy chestnut in his last 15 starts, will be up again for the mile and one-sixteenth San Diego.
The strapping mare Beholder is being aimed for the Grade I $300,000 Clement L. Hirsch Stakes on Saturday, July 30. The 6-year-old, multi-Eclipse winning daughter of Henny Hughes, trained by Mandella and ridden by Stevens, is the defending champion in both the Hirsch and the $1,000,000 TVG Pacific Classic. She became the first female runner to win Del Mar’s signature race, putting 8 ¼ lengths between herself and the closest of nine male rivals on August 22, 2015.
Both Beholder and California Chrome could wind up in the TVG Pacific Classic, making it potentially an event of global magnitude in the sport.
The TVG Pacific Classic is one of six Grade I races during the season and race goers will have the opportunity to see them all with four trips to the track. The aforementioned Hirsch on July 30 will be followed by the Bing Crosby Stakes a day later. The Del Mar Oaks and TVG Pacific Classic are both part of the August 20 program. The Grade I Del Mar Debutante is slated for Saturday, September 3, and the Grade I Del Mar Futurity is the traditional Closing Day feature.
The Del Mar Futurity has done nothing but enhance its status by showcasing future Kentucky Derby winners the last three years. Nyquist (2015) and American Pharoah (2014) were Futurity winners while California Chrome was a troubled sixth in the 2013 Futurity in what was only the fourth start of a now-storied career. 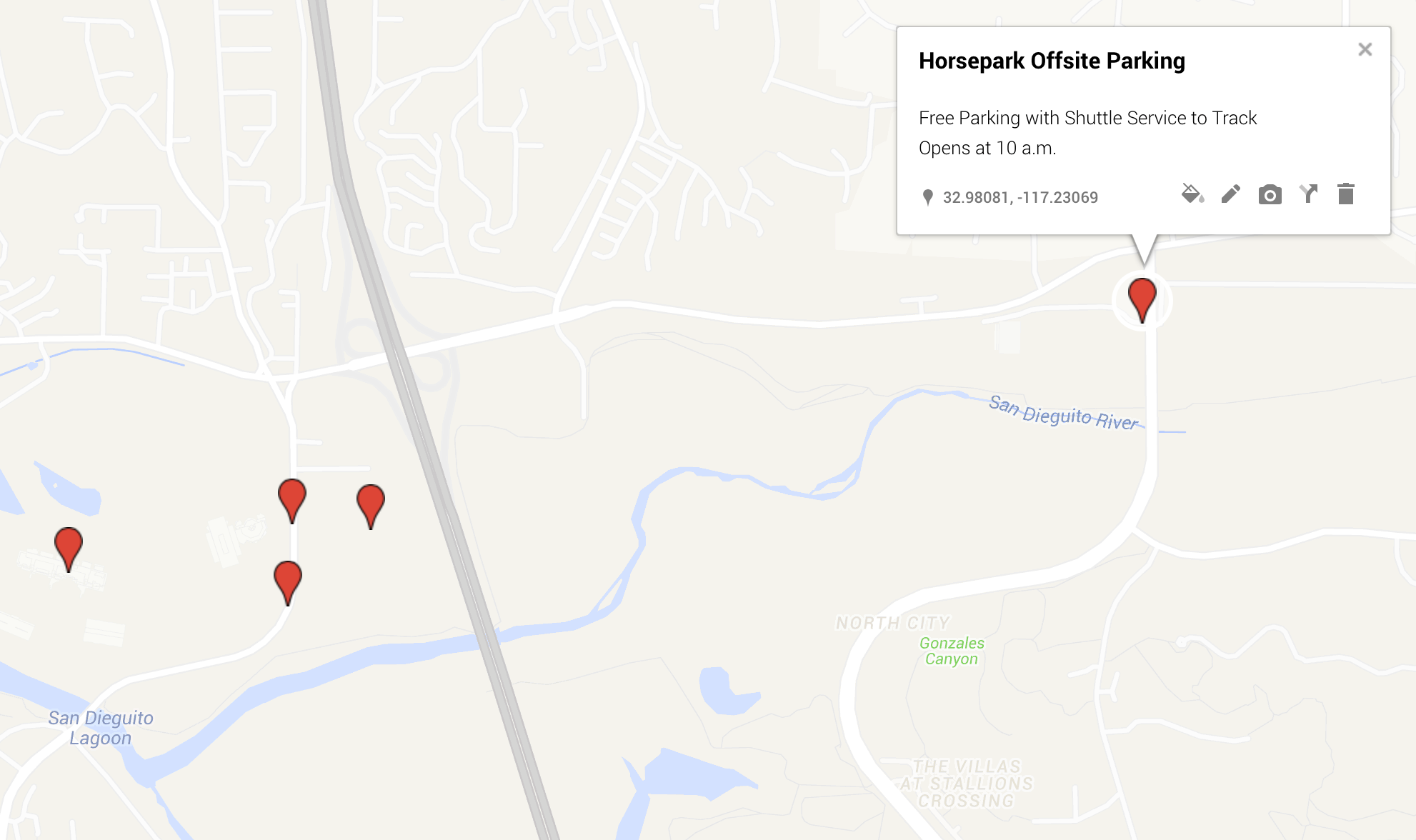 Gates open Friday at 11:30 a.m. and all racing fans are encouraged to use public transportation and come on board early for an event that has become one of the biggest summer parties in Southern California. Del Mar’s parking lots are expected to be filled to capacity and the track has added a special parking arrangement in an attempt to ease some of the anticipated pressure. More than 1,100 parking spots have been reserved at the HorsePark facility, which is just 1.8 miles to the east of the racetrack on Via de la Valle. Parking at the site will be free (general parking at the racetrack is $10) and shuttle busses will run constantly throughout the day to ferry racing fans to and from the track.
Since its opening in 1937, Del Mar has had a Friday Opening Day previously on only three occasions -- 1941, 1959 and 1970.  The 1970 gathering for the opener only amounted to 11,994.  This year’s edition of the seasonal kickoff might see as many as four times that crowd pile into the place “where the turf meets the surf.”