Flightline Unanimous Choice for Horse of the Meet at Del Mar 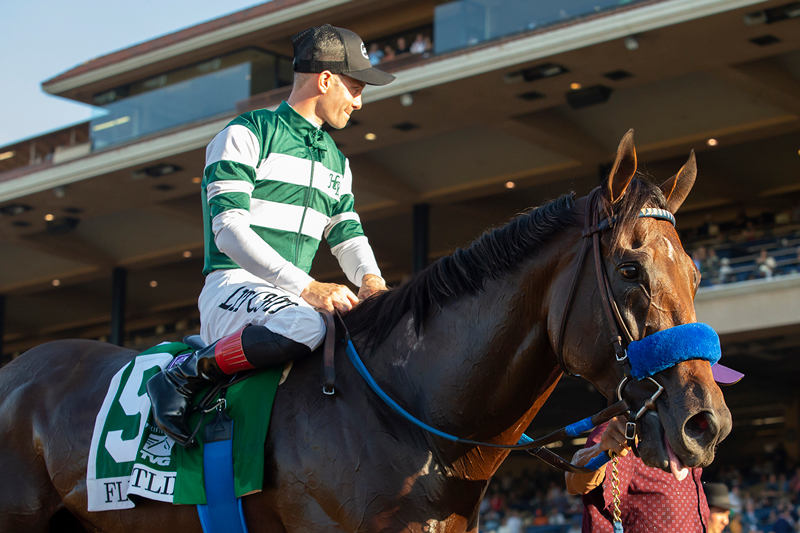 Much like he did in his win in the TVG Pacific Classic, Flightline ran away from the field in the voting for Horse of the Meet at Del Mar this summer. Owned by Hronis Racing and partners and trained by John Sadler, Flightline was a unanimous choice in voting by the media members who cover racing at Del Mar.

Other award winners include American Theorem as Top Sprinter. The son of American Pharoah won the G1 Bing Crosby and then finished second to Laurel River in the G2 Pat O’Brien. Blue Stripe captured Top Older Filly and Mare with her victory in the G1 Clement Hirsch. Spendarella, who shipped into Del Mar for trainer Graham Motion, was named top 3-year-old filly for her victory in the G1 Del Mar Oaks.