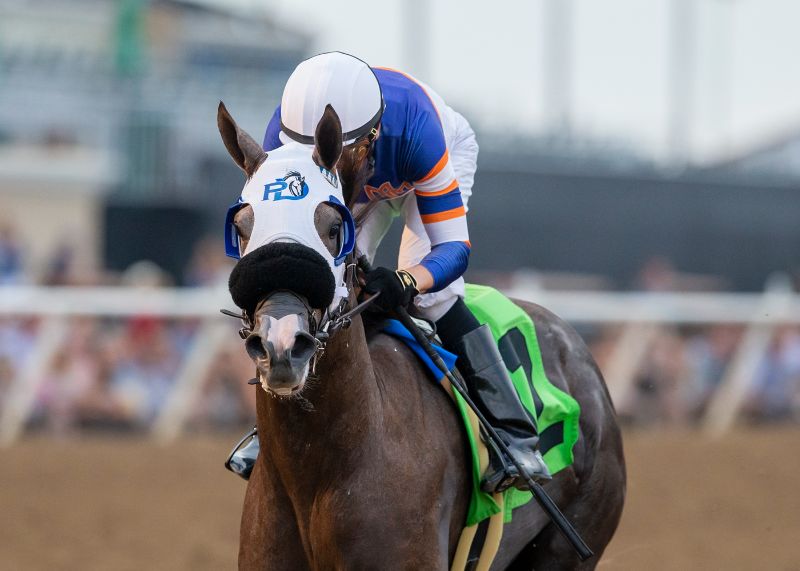 A field of eight fillies and mares, plus one, will lineup Friday at Del Mar to see who is quickest going five furlongs on the Jimmy Durante Turf Course. It’s the eighth race on a nine-race card that starts off with a first post of 3 p.m.

And while most folks would agree that youngsters should defer to their elders, that doesn’t hold true in the world of horse racing. The Friday feature is a perfect example of that.

The lone 3-year-old in the field, Nick Alexander’s homebred Connie Swingle, might have found a spot to show those elders a thing or two in the dash. She’s coming off a dirt sprint where she encountered her share of trouble and now she shifts back to the green where she’s a perfect two-for-two. The gray daughter of the gray stallion Grazen has been nothing but steady so far – four wins, two seconds and one third in seven starts tells you that – and she gets her regular rider in Kyle Frey for the feature. The youth movement may be served come Friday.

But another of the runners, Jack Sims’ Leggs Galore, may have something to say about that. The 5-year-old mare, also a gray, she by Bayern, has won nine times in 16 starts, with all of those victories coming on turf. She was last out in the Daisycutter Handicap at Del Mar on July 29 where she showed speed throughout and was beaten less than a length for the top prize. The multiple-stakes winner will find this an easier spot and she’s likely to go favored in the sprint. Her usual rider, Ricky Gonzalez, will be in the tack once again.

Here’s the full field for the race from the rail out with riders:

After the top two, the field appears to be bunched with several of the distaffers eligible to step up and shine.

Royal Address, an Irish-bred, is a four time winner on turf who appears to fit nicely at this level. She’ll be making her first start in more than three months.

Sensible Cat broke her maiden on the Del Mar turf course and has won two other races on the green.

Should Bye Bye Bertie draw into the race, she bears watching. She’s an 11-time winner who put together a four-race win streak to start off 2022.