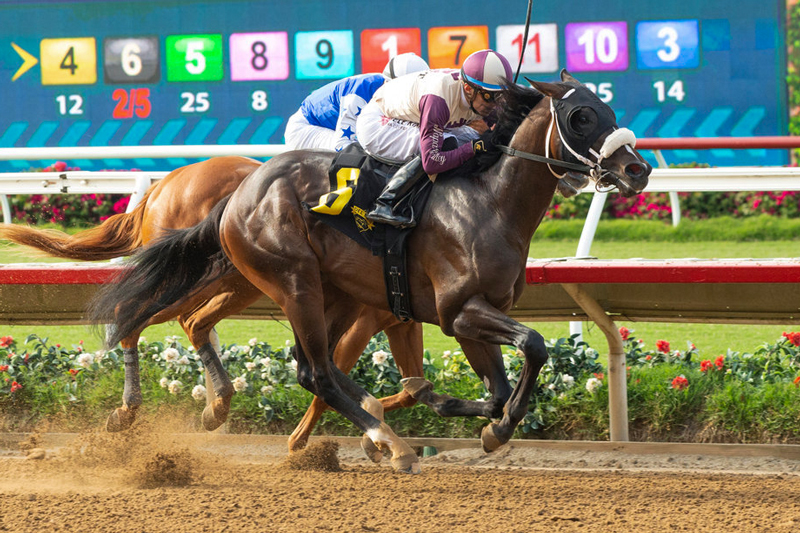 Young California-bred (or sired) colts and geldings will step on center stage Friday at Del Mar in the feature event on an eight-race program – the $125,000 Graduation Stakes.

The differentiation between horses bred in the state or those who were foaled elsewhere but are by a California sire is a key factor in the 71st edition of the five and one-half furlong headliner. The horse to beat in the race – Bartlett or Michael Bello’s The Big Wam – first saw light of day in Washington State. But his daddy is one of California’s most successful stallions, the Dynaformer sire Mr. Big. Therefore he’s eligible for the dash and trainer Luis Mendez has secured the services of Del Mar’s top rider, Juan Hernandez, to put the finishing touch on a solid package for Friday.

The Big Wham has a racing edge on his seven rivals in that he’s got three starts under his belt already. He started his career in Kentucky in the spring where he finished second in a straight maiden race at Keeneland in April, then ran second again in an open stakes at Churchill Downs in early May. He was subsequently shipped west and scored smartly in a straight maiden race at Del Mar on July 23 in good time. He’ll take some beating on Friday and has been listed as the 6/5 morning line favorite for the dash.

If The Big Wam is to be had, it could be the Straight Fire colt Straighten Up who might do the honors. The KMN Racing youngster, trained by Hall of Fame conditioner Jerry Hollendorfer, went to the front early and never looked back in his debut at Los Alamitos on July 1, a straight maiden affair at five furlongs. He’s come back to turn in four extra sharp works at Del Mar since – including a bullet :46 on August 6 – and just may take a whole bunch of catching Friday. Another Hall of Famer, Mike Smith, will be in the boot.

Here’s the full field for the Graduation from the rail out with riders and morning line odds:

The Graduation goes as Race 6 on the card with a likely post time of 6:25 p.m. First post on the afternoon is 4 p.m.