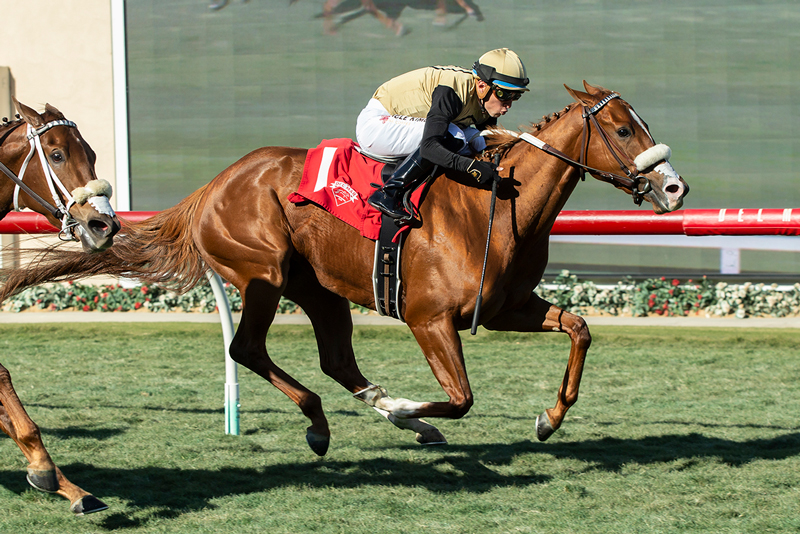 Richard Barton’s Doris Mae, given a sweet rail-skimming ride by leading rider Juan Hernandez, took command at the sixteenth pole and went on to win Friday’s featured allowance test at Del Mar by a half length. Final time for the five furlongs on turf was :57.41.

The 3-year-old daughter of Dads Caps was the race favorite at 19-10 and outfooted Hoof Pick Racing Partners’ Smiling Molly late with Eclipse Thoroughbred Partners’ Vasco, who had cut out most of the splits, checking in third.

The winner of the California-bred race for fillies and mares earned $43,200 from the gross purse of $73,500 and now has total winnings of $84,000. She broke her maiden on October 28 at Santa Anita after going unplaced in a lone start last year. Her two victories have been under the tutelage of trainer Carla Gaines.

The victory was the eighth of the meet for Hernandez, putting him well ahead of his fellow riders on Day 4 of the 13-day session. He was Del Mar’s champion jockey both this past summer and during last fall’s meet also.

Racing resumes at Del Mar tomorrow with a stakes doubleheader topping the card. First post is at 12:30 p.m.