Backstretch workers from the Doug O’Neill barn (with their star stable pony Lava Man) express their thanks (see photo below) for the special coupon program the Gregson Foundation started at Santa Anita and will continue at Del Mar.

Backstretch workers at the upcoming Del Mar summer meeting will continue to benefit from a recent special coupon program that has been financed by the Gregson Foundation, the California organization founded to aid those workers and enhance their lives.

In a response to the COVID-19 pandemic and the extra burden placed on the workers, the foundation twice issued coupons during the month of April covering the stable area workers of 149 different trainers – 82 of them in Southern California and 67 in Northern California.  Approximately 1,350 workers received the coupons.

Each worker received two of the $5 coupons twice, which in turn could be redeemed at the stable area cafeterias – Debby’s Café at Santa Anita Park and Kan’s Cafeteria at Golden Gate Fields. They also were good at California Thoroughbred Trainers’ recreation hall stores for the purchase of food and snacks and everyday necessities, such as hygiene products, over-the-counter medicines, and laundry needs.

“Our backstretch workers are very appreciative of a seemingly small perk like this,” said Gregson Foundation president Jenine Sahadi. “They don’t have a lot and they work hard with our horses and something like this is a recognition of the important jobs they perform. This was met with such positive feedback that we’re going to do it again at Del Mar.”

Sahadi, previously one of America’s most successful female trainers, has headed the foundation since 2001. The 501(c)3 nonprofit charitable organization, named to honor the driving force behind its establishment, the late trainer Edwin Gregson, raises funds to benefit backstretch workers and their families.

Over the past two decades, the foundation has provided over $1.3 million in scholarship grants, paying the costs of attendance at various colleges, universities and trade schools for 625 sons and daughters of California grooms, hot walkers, exercise riders and assistant trainers. Many of these children are the first in their families to go on to higher education.

Further, the Gregson Foundation has raised more than $5 million through grants, donations, fundraising events and Charity Day funds. Those monies have gone toward providing various activities annually for the workers and their families, such as softball and soccer leagues, family excursions to amusement and water parks, zoos, fishing trips, professional sporting events, holiday festivities, picnics and Bar-B-Qs. The foundation functions both in Southern and Northern California. 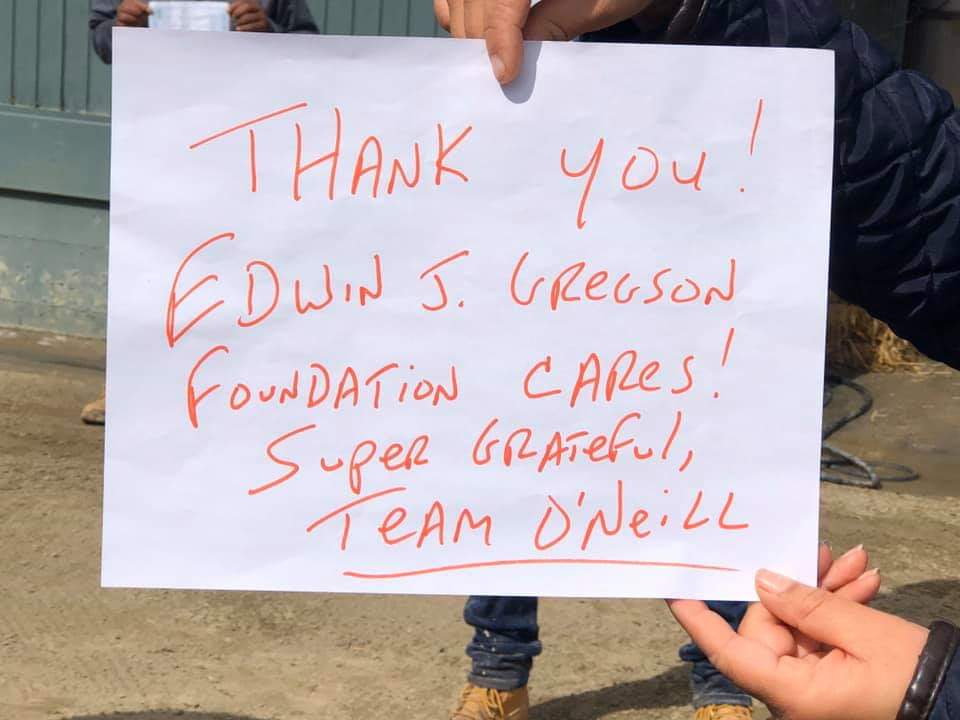