Del Mar Modifies Its Main Track Under Direction of Moore 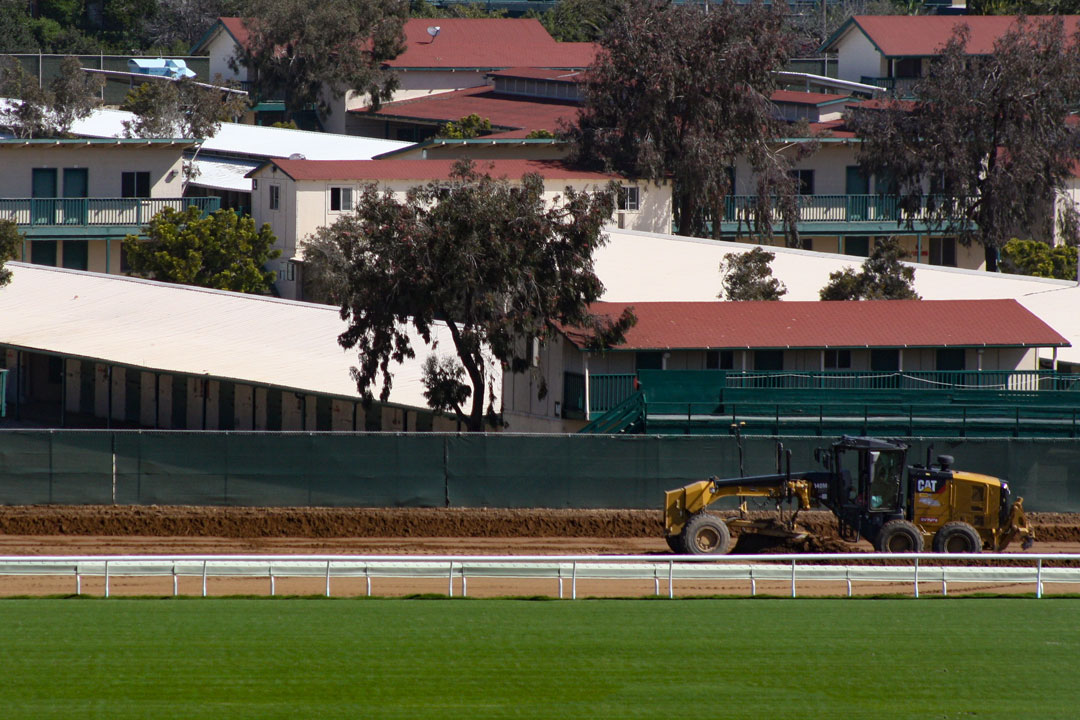 Under the direction of its new director of track maintenance, Dennis Moore, Del Mar has begun a process designed to modify its main track with an end result of having it replicate the banking and grading of its sister track to the north, Santa Anita Park.

Crews began their work on the track on Wednesday (March 29) and the stripping and grading activity is expected to take several weeks. The plan is to adjust the seaside oval’s main track banking to 5% (from 4%) on the turns and 2 1/2% (from 2%) in the straightaways -- as is the case currently with Santa Anita – well in advance of the opening of Del Mar’s 78th summer season on Wednesday, July 19.

“Our priority, of course, is safety,” said Joe Harper, Del Mar Thoroughbred Club’s president and CEO. “One of the key elements in safety is consistency and this adjustment will give our horses and horsemen that consistency when it comes to the two main racing surfaces on our circuit. Once again we salute the folks at Santa Anita for working with us on this.”

Moore, who is considered one of the top track surface experts in the world and is presently the track superintendent at Santa Anita, took on his additional role at Del Mar earlier this year.

“We’ve got the same El Segundo sand from the same batch at both Santa Anita and Del Mar,” Moore noted. “That’s a good step on the road to consistency. Then we’re adding another by bringing the banking at Del Mar right in line with what already exists at Santa Anita, therefore giving our horses the same experience on both tracks, which has to prop up their confidence and make for an easier transition between the two. This change isn’t a drastic one, but it’s the little things that can make for big differences.” 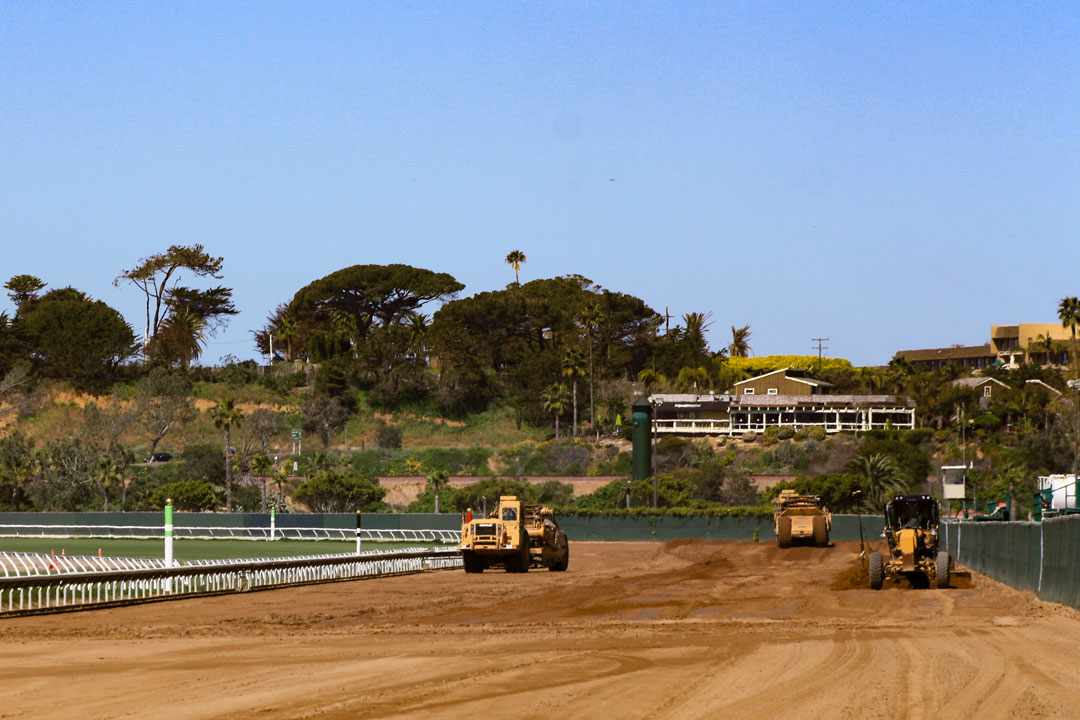 Del Mar has put in place a series of adjustments for its 2017 meetings that are aimed at increasing safety for horses and riders at the popular shore track. Among the changes for the summer session is a return to a seven-week season (instead of eight) with a later start, thus allowing horses and horsemen more time to get acclimated to new surroundings. The revised calendar also allows for incremental days to prepare the track in advance of racing and training. Additionally, there will be fewer horses (by approximately 10%) allowed to stable on the grounds, therefore reducing the traffic issues during morning workout times. Further, adjustments of the track flow during the morning work period were experimented with last year and found to be very effective. That rule will be employed throughout 2017.

Del Mar continues to work with the California Horse Racing Board and, in particular, its executive director, Rick Baedeker, as it ensures that all avenues are explored in its search for more and more safety. Additionally, it employs and calls upon one of the industry’s premier track experts, Dr. Mick Peterson, for advice and counsel in its various projects.

“I am pleased to see that there is a coordinated effort with Del Mar and other industry stakeholders to create consistent track surfaces in Southern California on a year-round basis,” said Dr. Peterson. “I look forward to continuing to collect and analyze all pertinent data with the goal of creating the safest possible environment for horses and riders.”

Following the track’s 36-day summer meet, it will hold its fourth fall meeting, a 16-day run between November 1 and November 26. Highlighting that gathering will be the presentation of the 34th edition of the Breeders’ Cup on Friday, November 3 and Saturday, November 4 – the first time the sport’s championship events have come to the iconic racing grounds alongside the blue Pacific.