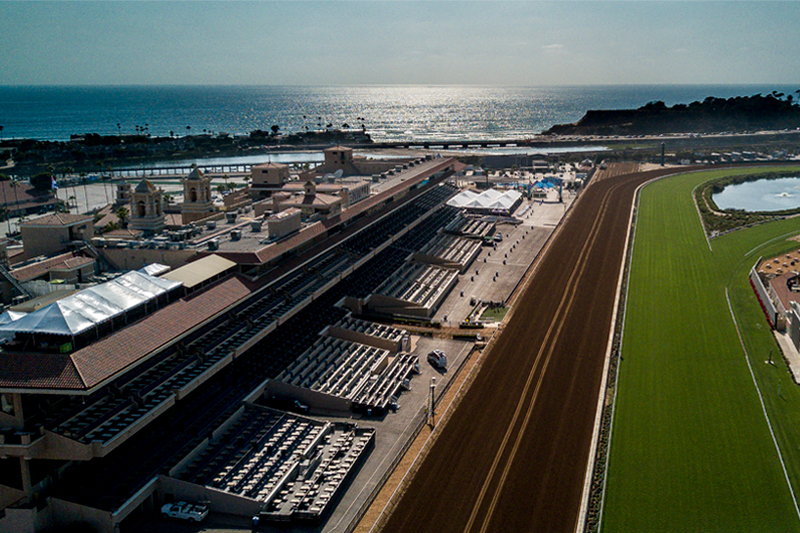 With improving trends in public health data, growth in vaccination rates and the gradual relaxation of limits on attendance at sporting and performance venues in the state, Del Mar Thoroughbred Club officials are looking forward to a return of fans to the seaside track when it opens for its 82nd summer season on Friday, July 16, track officials said today.

Track personnel are planning for spectators on site when the racetrack kicks off a 31-day season that will feature 34 major stakes, a substantial increase in purses and a return to the sun and fun vibe that has been part of its culture since it first opened its gates in 1937.

“We will continue to follow the guidance of local health officials and our medical advisors, but based on what has been announced for other local attractions such as the San Diego Padres and SeaWorld, we are optimistic we will have fans in the stands this summer at some level,” said Del Mar president and COO Josh Rubinstein.  “We have the advantages of a 350-acre site and a facility that can host people quite comfortably with appropriate social distancing as needed.”

With its traditional opening day feature – the Runhappy Oceanside Stakes – topping the bill, the Friday, July 16 kickoff will initiate a Friday-Saturday-Sunday beginning to the first two weeks of the season.  The remainder of the meet will feature Thursday-through- Sunday racing weeks with a finale on Labor Day Monday, September 6.  First post daily throughout the stand will be at 2 p.m. with the exception of Fridays in which first post will be at 4 p.m.