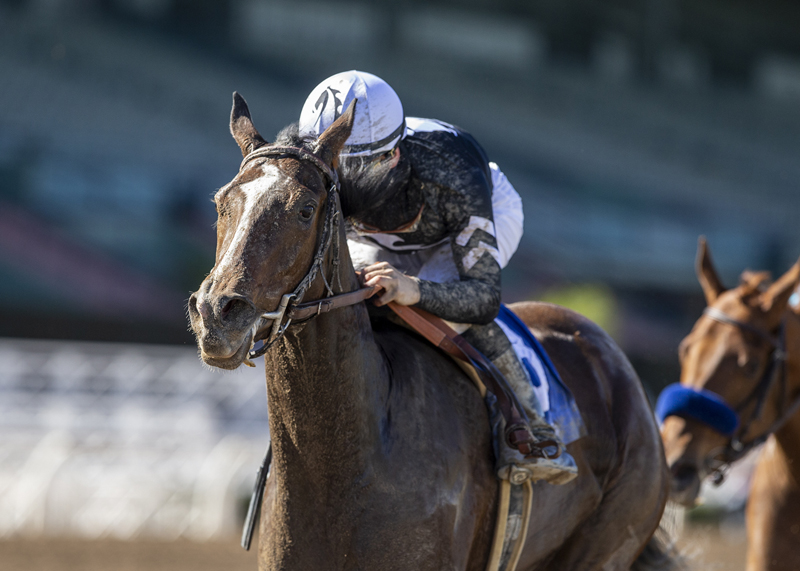 Entries were taken Saturday for Wednesday’s opening day card at Del Mar and the featured $100,000 Seashell Stakes drew a field of six fillies and mares for a one-mile spin on the main oval.

The eight-race card will kick off the seaside track’s eighth fall race meeting, known officially as the Bing Crosby Season in honor of the track’s founder. First post will be 12:30 p.m., as will be the case for the majority of the 13-day session.

The meet additionally will host the 38th edition of the Breeders’ Cup World Championships, presented on Friday and Saturday of opening week, November 5 and 6. Fourteen championship races will be offered with more than $31 million in purses and awards up for grabs along with the prestige and championship honors Breeders’ Cup winners earn.

Del Mar will race Wednesday and Thursday of the upcoming week; host the two-day Breeders’ Cup extravaganza, then come back with a Sunday card. The following two weeks it will race Friday through Sunday, then for its final week it will race four days starting with an early card on Thanksgiving Day, Thursday, November 25.

Wednesday’s Seashell appears to have a solid favorite in comebacking Moonlight d’Oro, who’ll be under silks for the first time since a smart victory in Santa Anita’s Grade III Las Virgenes Stakes on February 6. The well-bred 3-yer-old daughter of Medaglia d’Oro out of a Bernardini mare is owned by MyRacehorse and Spendthrift Farm and her Hall of Fame trainer, Richard Mandella, will give a leg up to Southern California riding kingpin Flavien Prat. The bay fits nicely under the Seashell conditions which require participants to be non-winners of a sweepstakes of $60,000 to the winner since April 1.