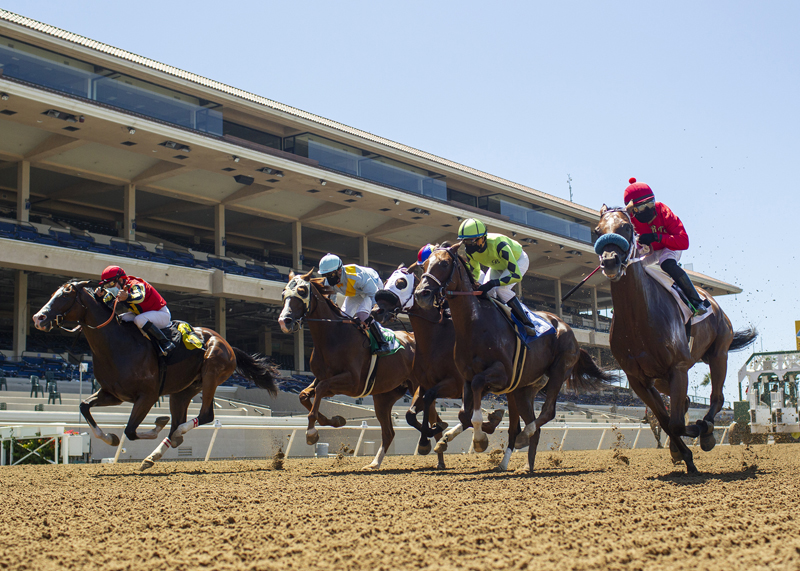 For the third consecutive year, Del Mar was identified as one of the safest major racetracks in the U.S. based on annual data released Monday by The Jockey Club’s Equine Injury Database (EID).

In 2020, Del Mar saw a single catastrophic racing injury during its 27-day summer race meeting and its 15-day fall meeting combined, a rate of 0.29 per 1,000 starts. The national average for 2020 per The Jockey Club was 1.41, which is the lowest since the EID began collecting data in 2009.

Over the last three years, Del Mar’s injury rate has consistently been the lowest in the country and far below the national average. In 2019, there were two fatal injuries during Del Mar’s 36-day summer/13-day fall meetings (.62 per 1,000 starts), and in 2018 there were three during its 36-day summer/16-day fall sessions (.79).

During its 2020 summer season, Del Mar had 2,357 horses start in a race. For its fall season there were 1,060 starters. Those figures equate to the track conducting 99.7% of its racing safely during the year.

Del Mar officials attribute the track’s overall safety record to a series of reforms introduced over the last several years in cooperation with the California Horse Racing Board (CHRB) and industry stakeholders, including the Thoroughbred Owners of California (TOC). Among the measures put in place:  enhancements to veterinarian inspections of runners along with the addition of veterinarians to oversee morning training; implementation of the nation’s most stringent medication policies, including increased out-of-competition testing for its horses; new rules for morning workouts including the ban of the use of riding crops during morning training; the hiring of a new director of racing surfaces and consultation with the country’s foremost track surfaces analyst, and the installation of an expert and independent Entry Review Panel to supervise all race entries with the power to force withdrawals if all safety concerns were not met.

But even in light of its stellar numbers, track officials noted the need for vigilance and continued improvements.

“We believe the results of the last three years are a reflection of our overall commitment to the safety and welfare of our athletes but we understand fully that this is an ongoing effort that requires us to continue to do everything we can to provide the safest environment possible for racing and training here,” said Del Mar CEO, Joe Harper. “This is a total team effort and we appreciate very much the hard work and cooperation of everyone involved.”

In 2019, Del Mar Thoroughbred Club was one of the founding members of the Thoroughbred Safety Coalition, an association of major U.S. racing organizations committed to meaningful safety reforms and accountability nationwide. As part of this organization, Del Mar pushed for reforms on the federal level, including the Horse Racing Integrity and Safety Act (HISA) which was passed by Congress and signed into law earlier this year.

Del Mar will present its 82nd year of racing in 2021 beginning with a 31-day summer season that begins on Friday, July 16 and runs through Labor Day Monday, September 6. Its 15-day fall session, known as the Bing Crosby Season and this year featuring the 38th Breeders’ Cup World Championships on November 5 and 6, will kick off on November 3 and conclude November 28.

Below are a series of quotes from members of the Thoroughbred industry regarding Del Mar’s latest safety recognition.

Josh Rubinstein (President and COO, Del Mar Thoroughbred Club) – “When something this positive happens at the track, it is invariably a matter of a team effort. Del Mar is understandably proud of the results realized by our racing community, starting with the California Horse Racing Board, our partners at the Thoroughbred Owners of California and filtering on down to all who regularly touch and care for our horses in various ways -- our trainers, jockeys, grooms, exercise riders, hot walkers and veterinarians. We salute each and every one of them.”

Greg Ferraro (Chairman, California Horse Racing Board) – “Del Mar’s superlative safety record is a demonstration of what can be achieved through the cooperative development and implementation of regulations and activities that are designed to improve horse safety and welfare.”

Gary Fenton (Chairman, Thoroughbred Owners of California) – “Two years ago California put in place historic reforms that have resulted in significant reductions in all injuries to our equine athletes. This couldn’t have been achieved without the leadership, hard work and dedication of our partners at the Del Mar Thoroughbred Club. It’s good to see the data reinforce once again what we see every day -- DMTC’s unequivocal commitment to equine safety.”