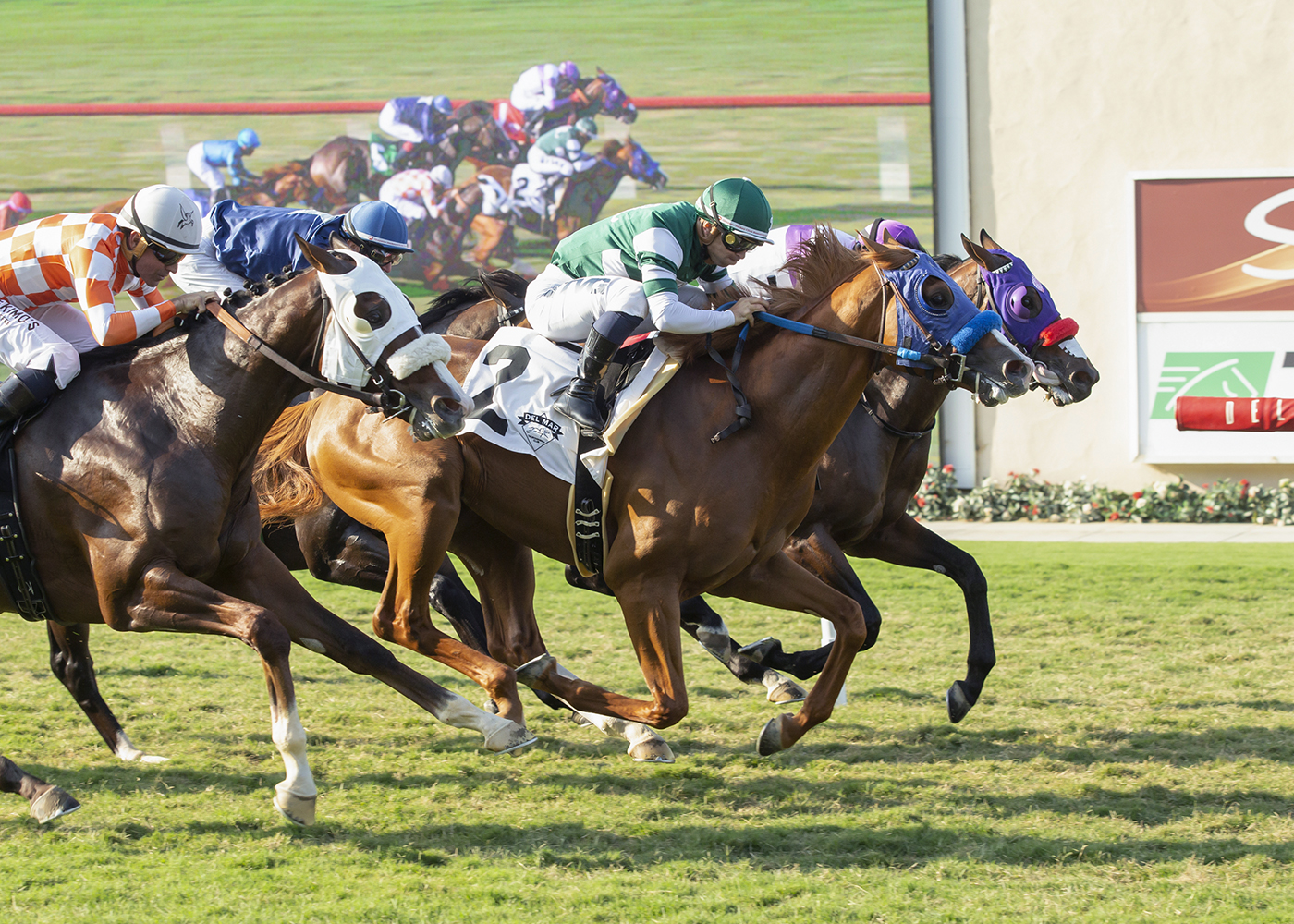 Hronis Racing’s Crew Dragon sat a good spot under Umberto Rispoli for the mile trip around the Del Mar turf course Thursday afternoon, then showed grit and determination when he made the lead deep in the stretch and hung tough to hold off a wall of horses surrounding him to capture the feature attraction on the shore oval’s card.

Yet another attraction on the track’s program was the Pick Six Single Ticket Jackpot wager climbing to new height as it went “unhit” for the 13th straight day and its carryover rose to $1,224,519. That amount will be placed in the bet’s pool when racing resumes at Del Mar tomorrow beginning at 4 p.m.

Crew Dragon wound up a head the best in his $78,320 allowance victory, covering the mile on the green in 1:35.55. Nine 3-year-olds in total ran in the first-level test.

The winner, who is trained by John Sadler, bested Reddam Racing’s Hockey Dad, who in turn had a neck on Holly and David Wilson’s Barraza. Mt. Brilliant Farm and Ranch’s War Machine was another neck back in fourth.

Crew Dragon picked up first prize money of $43,200 and increased his bankroll to $128,530. The Exaggerator colt now has a perfect in-the-money record of two wins, two seconds and four thirds in eight races. His last outing saw him get beaten a head in Del Mar’s opening day Oceanside Stakes.