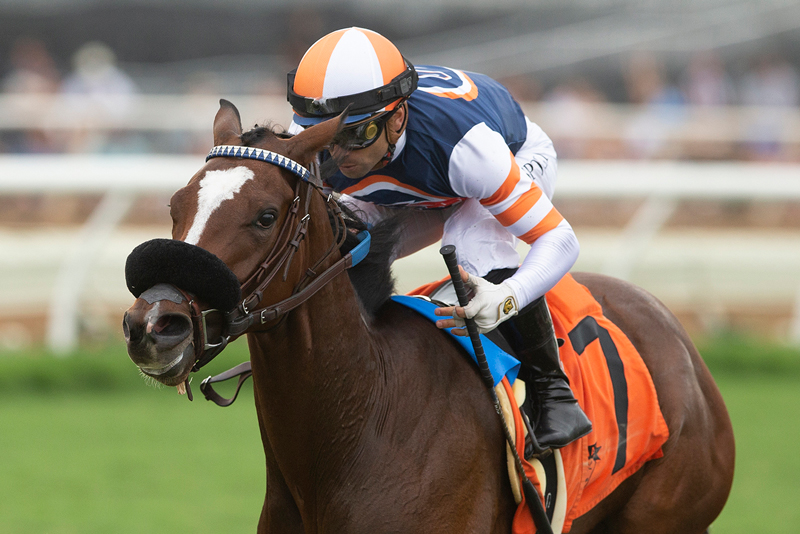 The Irish-bred filly Comanche Country sat mid-pack for most of the one-mile trip Saturday in the Del Mar Juvenile Fillies Turf, then tipped out at the head of the lane and leveled off to come away with a length and a quarter victory under turf specialist Umberto Rispoli.

Finishing second in the 11-horse lineup was Brown, Klein or Lebherz’s Sell the Dream, who had another length and a quarter on third-place finisher Excelia, owned by R Unicorn Stable.

UMBERTO RISPOLI (Comanche Country, winner) - “I was very confident on the backside. I feel no pressure on the backside, so I take my time and I knew I had a lot of horse underneath. Once I press the button she kept on.  It was easy. Once she reached the front she was waiting from other horses. I think she’ll be even better at 3-years-old, once she really builds muscle and grows her mind. She’s lovely, good character, good mindset and everything is good for her.”

PHIL D’AMATO (Comanche Country, winner) -  “She just looked like she was in the right spot. They were winging it up there and he (Umberto Rispoli) looked like he was in perfect position to strike on the outside. He pressed the button and she turned it on. If she can give me another good run at Santa Anita, I’d definitely consider something like the Breeders’ Cup, one of the juvenile turf races."

The stakes win was the sixth of the meet for rider Rispoli, but his first in the Del Mar Juvenile Fillies Turf. He now has 18 stakes wins at Del Mar.

The stakes win was the sixth of the meet for trainer D’Amato, but his first in the Del Mar Juvenile Fillies Turf. He now has 41 stakes wins at Del Mar.