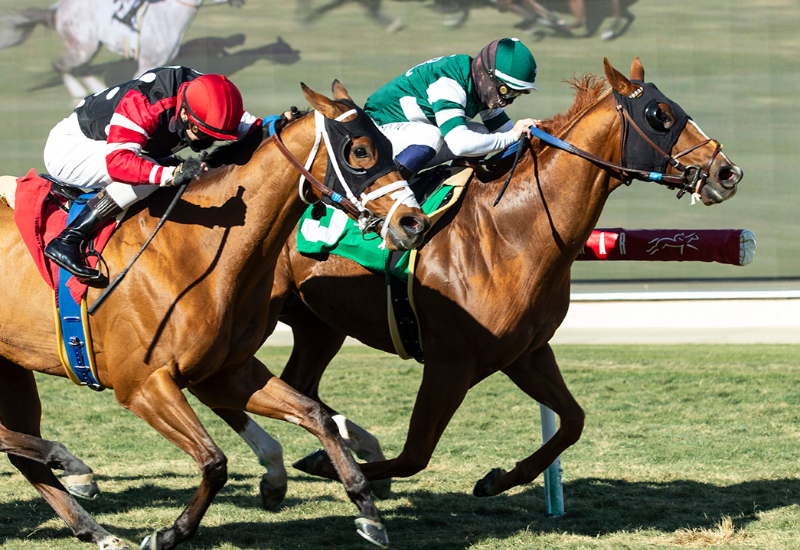 Folks got a sample of rider Umberto Rispoli’s special talents this past summer at Del Mar when the international reinsman rode 49 winners in the 27-day meet, many of them on the turf course, and just missed being its leading rider in his first season at the shore oval.

They got another reminder about just how good he is in the featured race at the track Friday when he put on a masterful performance that included slipping up the rail late to tally by a head with Hronis Racing’s Chaos Theory in a grassy allowance sprint that went as the day’s second race.

On the next race on the program, veteran trainer Mark Glatt registered a nifty milestone when he rung up the 1,000th victory of his career with the speedy gelding Zestful in a nine-furlong allowance affair.

The win got trainer John Sadler off the schneid for the meet as he scored for the first time with his 24th starter. Chaos Theory picked up $39,000 from the $85,000 purse and increased his bankroll to $307,054 with his sixth win in his 13th start. 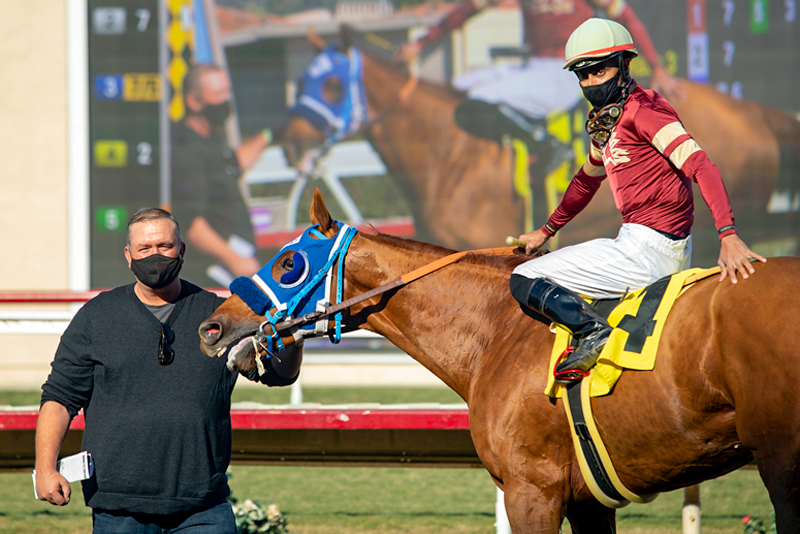 Zestful, who is owned by the Shanderella Stables, Haramoto or Kawahara and others scored in his dirt test by two and a half lengths in wire-to-wire fashion and paid $6.40 to win. He covered the nine furlongs in 1:50.94.

Glatt, whose father Ron was a longtime trainer in the Northwest, began training racehorses for a living in 1994 in his native Washington State, then moved south to the Bay Area shortly thereafter. In 2000, a client convinced him to try his luck in Southern California and he’s been a regular – and successful -- member on that circuit since.

The last trainer to register his 1,000th victory at Del Mar was Peter Miller in 2018.