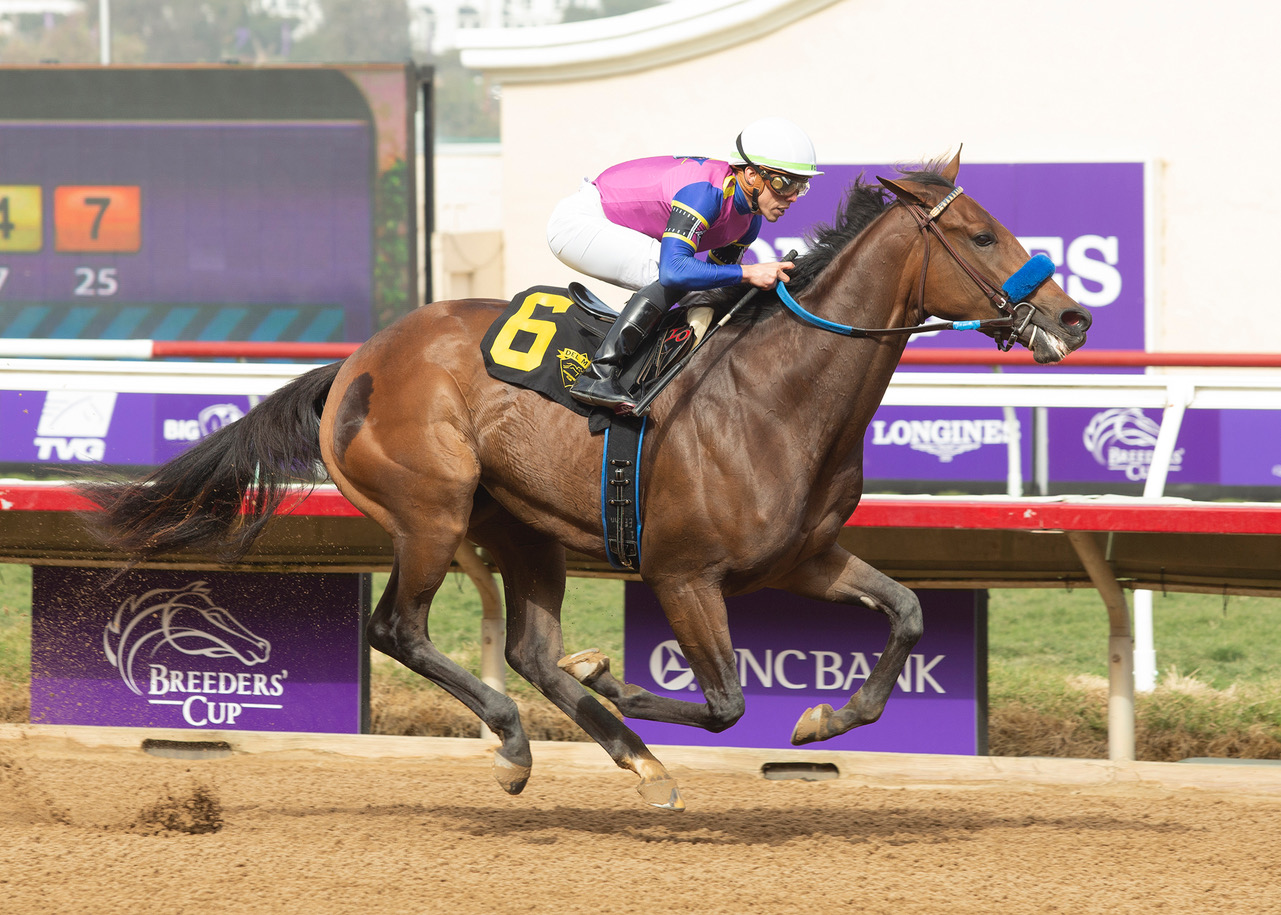 George Krikorian’s Big Switch, well-supported at 3-1, overhauled 8-5 favored stablemate Big Novel in the upper stretch and drew off to a convincing victory in the $175,000 Golden State Fillies in the second of four supporting features on the first day of the Breeders’ Cup World Championships at Del Mar riday.

IRAD ORTIZ, JR. (Big Switch, winner) – “Juan (assistant trainer Juan Leyva) didn’t give me any special instructions. He just said keep her calm until the race. She did all the work in the race; I didn’t have to do much. I had a good trip. She just ran and that’s all there was to it.”

JUAN LEYVA, assistant to John Sadler (Big Switch, winner) “I’ve won some stakes (deputizing) for John at Keeneland, but haven’t run 1-2 in a stakes before. I thought both fillies ran really well. We knew (runner-up) Big Novel was the speed of the race, but (Big Switch) really toughed it out.”

The stakes win was the fifth at Del Mar for rider Ortiz, Jr.

The stakes win was the second of the meet for trainer Sadler. He now has 82 stakes wins at Del Mar, second most of all trainers.

The winning owner and breeder is George Krikorian of Torrance, CA.