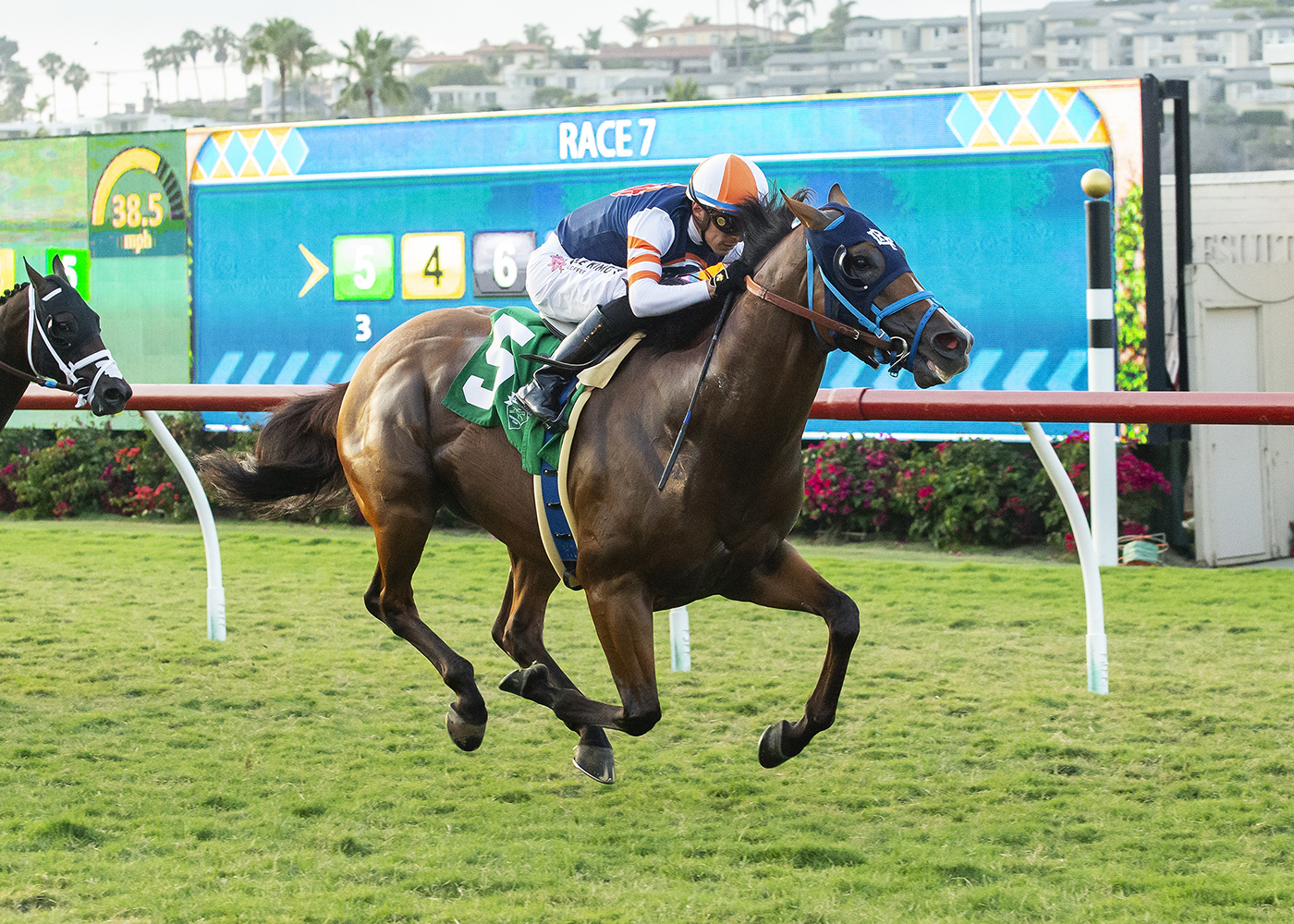 Little Red Feather Racing or Sterling Stables’ Beer Can Man tracked a wickedly fast pace close up, then fired a fine shot inside the eighth pole to draw clear late and hold on to tally by a length in the Friday allowance feature at Del Mar.

The Kentucky-bred colt by Can the Man was coming off more than six months of down time, but was ready for show his good stuff in the five-furlong turf test for 3-year-olds that went with seven horses. He ran the distance in a quick :55.84.

Meanwhile, in the track’s Pick Six Single Ticket Jackpot wager the six-horse puzzle once again proved too difficult to solve and the carryover rose once more. This is the 14th straight time the kitty has gone up and it now has reached $1,336,851.

Juan Hernandez handled Beer Can Man in the feature as the soph won his fourth race in his eighth career start. The Mark Glatt trainee captured the Cecil B. DeMille Stakes at Del Mar last fall and with the $45,600 winner’s share of the $77,000 purse today, he now sports an earnings mark of $171,956.

Finishing second in the dash was Slugo Racing or Bar C Racing Stables’ Harbored Memories and third was Gary Barber’s Love My Jimmy.

First post Saturday at Del Mar will be at 2 p.m. for its 10-race card. The Pick Six bet begins with the day’s 5th Race, which goes off at approximately 4 p.m.