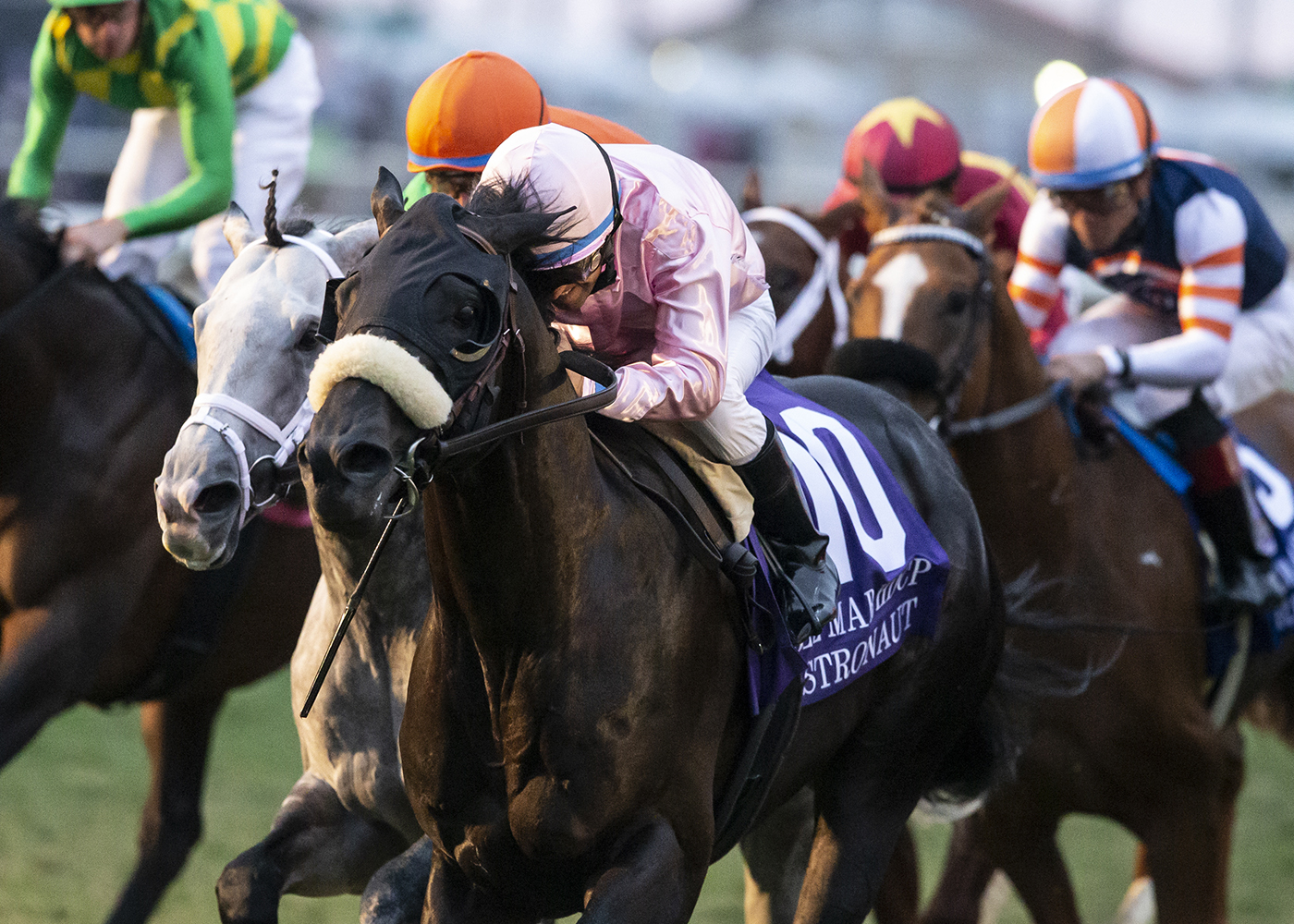 John M.B. O’Connor’s Astronaut returned $50.00 for a $2 wager at Del Mar Saturday when he captured the Grade II, $302,500 Del Mar Handicap Presented by The Japan Racing Association by half a length.

The 4-year-old Quality Road colt had Hall of Fame rider Victor Espinoza aboard as they tracked the early leaders, swung out entering the stretch, then outran his 10 rivals to take down a first prize of $180,000. He was winning only the second race of his career and he increased his earnings to $285,860. He’s trained by John Shirreffs.

Besides his winning purse, Astronaut also earned his owner an all-entry-fees-paid admission to the $4 million Breeders’ Cup Turf, scheduled to be run at Del Mar on Saturday, November 6.

VICTOR ESPINOZA (Astronaut, winner)—“This didn’t surprise me.  I thought in his last race he was a little too close.  And, I think the race (San Juan Capistrano) was a little too far for him, so we changed the way he ran a little bit today.  I just let him break and get into rhythm.  If he was happy, I was happy.  He wasn’t up on the bridle and running so easily that when we got to the half-mile pole, I started to get a little excited.  When I asked him, he finished strong for me, and it makes me happy to win this race for John (trainer Shirreffs).  We have a very good relationship.  He’s always been there for me and I’ve been there for him.  He’s been there for me a little more lately.”

JOHN SHIRREFFS  (Astronaut, winner) – “Puts a nice bandage on it (loss by favored Express Train in the TVG Pacific Classic), right. I’m just so happy for Astronaut and his connections; they are really great owners and it’s great to win for them. We wanted to run him long, but we weren’t sure how long and when he ran so well going a mile and three-quarters (second in the San Juan Capistrano at Santa Anita, June 19) it seemed like this was possible.”

The win was the first stakes victory of the meet for rider Espinoza, but his third in the Del Mar Handicap. He now has 106 stakes wins at Del Mar, third most among all riders.

The win was the second stakes win of the meeting for trainer Shirreffs and his second in the Del Mar Handicap (After Market, 2007). He now has 19 stakes wins at Del Mar.