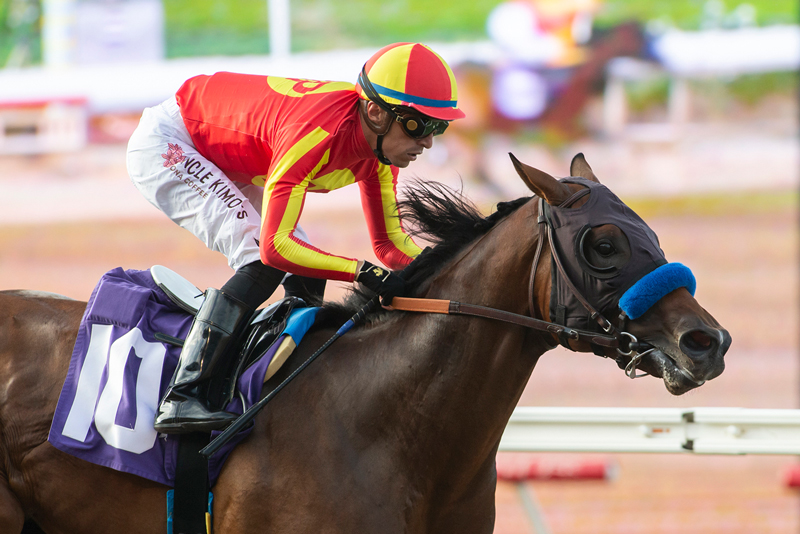 Del Mar’s 83rd summer season – one of the best in the iconic shore oval’s history – comes to a conclusion Sunday with the 75th running of the Runhappy Del Mar Futurity topping the bill on an 11-race card.

The stellar 31-day session opened on July 22 and moved forward for eight weeks with top-class racing, large fields and hearty betting being the order of the day throughout the stand. The track took pride in the fact that its racing was very safe, also.

The Futurity, which is a Grade I offering with a $300,000 purse at seven furlongs, sees Hall of Fame trainer Bob Baffert attempting to add another notch to his remarkable 16 scores in the track’s juvenile championship affair, a race record that’s not likely ever to be broken. The white-haired wonder has three colts in the Futurity and, according to morning line maker Jon White, they’re the first three choices in the dash.

The trio are:  Pegram, Watson and Weitman’s Cave Rock, who’ll have the meet’s leading rider, Juan Hernandez, in the boot and a solid 6/5 price on him when the wagering begins; the same ownership group’s Havnameltdown, with Hall of Famer Mike Smith aboard, and a 4-1 price to start, and SF Racing, Starlight Racing and partners’ Newgate, with another Hall of Famer, John Velazquez, in from the east to ride and 4-1 for a morning line price.

Just prior to the Futurity, which will be Race 10 on the card, there is a field full of 2-year-old turfers aiming for honors in the 11th edition of the $100,000 Del Mar Juvenile Turf, a Grade III test that goes at a mile on the Jimmy Durante Turf Course.

Among the 16 named for the Juvenile Turf (that includes two also-eligibles) are three youngsters out of three different barns who’ll need a bit of racing luck in the large field assembled for the test. They are Red Baron’s Barn or Rancho Temescal’s Dandy Man Shines (Umberto Rispoli up, lukewarm morning line favorite at 4-1); Phil Lebhertz’s Don’tthinkjustdoit (Hector Berrios, 5-1), and D K Racing, My Way Racing and partners’ Park City (Velazquez, 5-1).

Here’s the Futurity full field from the rail out with riders and morning line odds:

The complete field for the Juvenile Turf in post position order with riders and morning line odds is as follows:

First post on Sunday is slated for 1 p.m. with the Del Mar Juvenile Turf scheduled to go at 5 p.m. and the Runhappy Del Mar Futurity planned for 5:30 p.m.