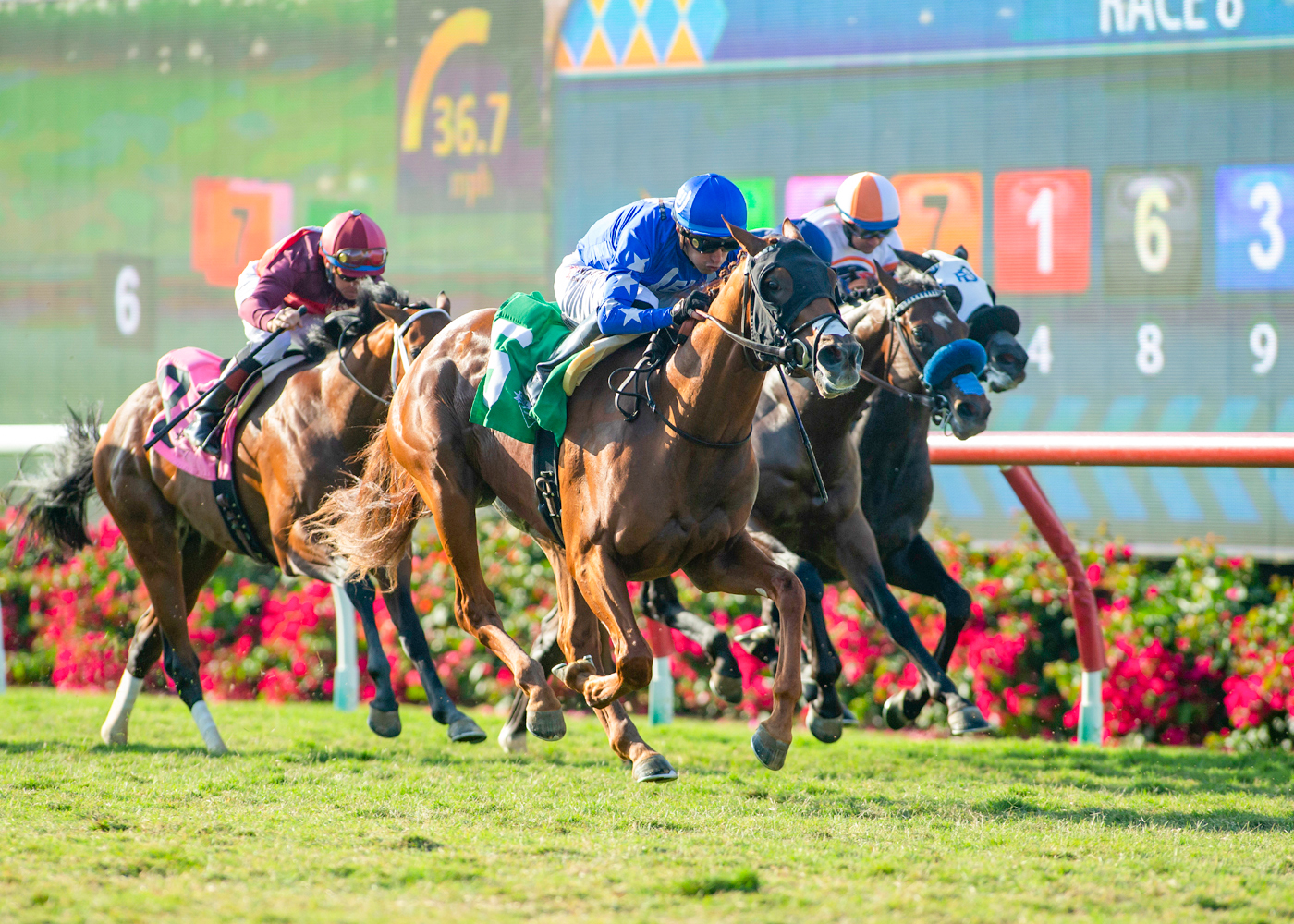 Del Mar will open its gates Friday for the first of 31 racing days that will comprise its 2022 summer racing season, the 83rd time the horses have come to the scenic seaside place where the turf meets the surf. Topping the day’s bill will be the 77th edition of the traditional Opening Day feature, the Oceanside Stakes at a mile on the grass for 3-year-olds, and the race has drawn a full complement of 14 runners.

The Oceanside will be the eighth of 10 races on the afternoon that will offer a first post of 2 p.m. The full card drew a husky 124 entries in total, 110 of which will be able to run because of safety considerations at the various distances. That averages out to 11 horses a race, a number not seen very often in Southern California and no doubt an indicator of the popularity of racing at the shore oval, which has become one of America’s premier horse racing meccas.

The day will draw its usual big buzz in San Diego – there will be skydivers, a highly fashionable Hats Contest, lovely ladies dressed in summer delights, their gents sporting jackets and panamas and – for the second time for an opener – a sold-out facility. The track has chosen to limit the day’s attendance primarily for the convenience of its patrons and all tickets have been spoken for. The crowd should be somewhere around 22,000.

The Oceanside appears to have a highly competitive field and luck will surely be a factor in the large group spread across the track’s deep, green Jimmy Durante Turf Course. Possible favorite in the stakes is ERJ Racing, Madaket Stables, et al’s Mackinnon, a colt by Triple Crown hero American Pharoah who is already a stakes winner at a mile on the Del Mar grass having taken the Del Mar Juvenile Turf Stakes here last September. The chestnut subsequently ran third in the Breeders’ Cup Juvenile Turf, which was run at Del Mar last November 5.

Trainer Doug O’Neill will give top local rider Juan Hernandez a leg up on Mackinnon, who’ll be coming into the race off a series of sharp workouts following a five-month break from the races.

Chief threat to McKinnon could be Little Red Feather Racing and Madaket Stable’s Balnikhov, an Irish-bred gelding who has been close-up in a trio of stakes this year since coming over Europe. The steady soph has won three times, placed three times and finished third twice in 11 races so far and trainer Phil D’Amato has assigned top turf rider Umberto Rispoli as his partner.

Del Mar will race Friday through Sunday for its first week, then go on a regular Thursday through Sunday schedule for the majority of the meet. There will be racing on Labor Day Monday, September 5, followed by a Friday-through-Sunday final week closing out the session on Sunday, September 11. The track’s foremost offering – the $1,000,000, Grade I TVG Pacific Classic – will be presented for the 32nd time this year on Saturday, September 3.