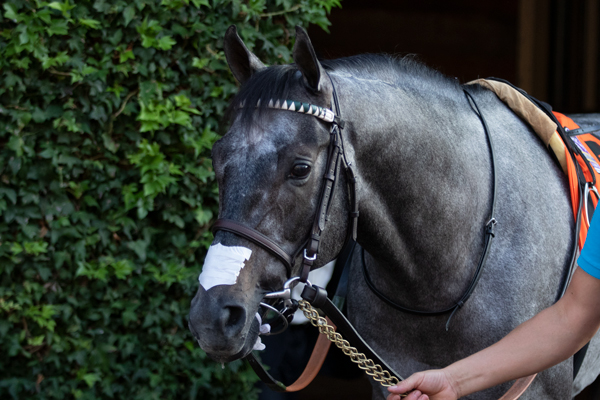 In what will be one of the richest days of racing outside of the Breeders’ Cup in Del Mar history, the track has scheduled an unprecedented five major stakes races – topped by the $1,000,000 TVG Pacific Classic – along with a mandatory payout on its Pick Six as well as a premium giveaway, all of which could foretell a day to remember at the shore oval when it unfolds on Saturday, August 17.

With the stakes’ purses and the prizes from the other six races on the card, the total monies offered to horsemen on the afternoon is expected to go past the $2 million mark.  The track’s previous (non-Breeders’ Cup) high of $2,299,857 in purses was registered on August 19, 2007, also a Pacific Classic Day.

Additionally, the popular Pick Six wager is expected to present a possible life-changing opportunity with a mandatory payout provided at the conclusion of the card. The track’s “Jackpot” pool – monies held aside when no one has been the lone holder of a winning Pick Six ticket on any single day – will be thrown into the mix. Through the first 15 days of the meet the “Jackpot” has gone unclaimed and currently sits at $306,660. Whatever “Jackpot” monies are available on Pacific Classic Day, they all go into the Pick Six pool as a sweetener to start the afternoon and likely could lead to a seven-figure payout when the day’s final race is run.

Further that afternoon, Del Mar will be providing fans with one of its best giveaways ever when it makes available a colorful, woven, Baja beach blanket for all Diamond Club members who use their club cards for admission that day.

The TVG Pacific Classic, which will go as the 10th race on the program with a post time of approximately 6:35 p.m., is expected to lure another star-studded field possibly headed by local aces Catalina Cruiser and Pavel facing off with the invading duo of Seeking the Soul and Quip.

Catalina Cruiser, a winner of six of seven lifetime starts, most recently captured the San Diego Handicap on July 20, his second win in a row in that key TVG Pacific Classic prep. Pavel has banked more than $2 million racing all over the world and was second in last year’s TVG Pacific Classic to champion older horse Accelerate. Out-of-towners Seeking the Soul and Quip finished one, two most recently in Churchill Downs’ Grade II Stephen Foster Stakes on June 15. Seeking the Soul has won seven races and more than $3.3 million, while Quip is a four-time winner of more than $1 million.

In the 63rd edition of the Del Mar Oaks, local heroine Mucho Unusual, victorious in the San Clemente Stakes here July 20 in her most recent outing, will take on a pair of interlopers in New York-based, Chad Brown-trained Dogtag and the Kentucky shipper Hard Legacy from the Norm Casse stable. The Oaks is a grass test run at nine panels out of Del Mar’s infield chute.

The 80th version of the Del Mar Handicap, the track’s oldest stakes race, is presented by the Japan Racing Association and will be headed by stakes winners Bowies Hero and Marckie’s Water, as well as the lightly raced, but highly promising 4-year-old United, a smart winner on the lawn at Del Mar on July 17. The race is an 11-furlong marathon on the grass.

The Torrey Pines, a mile on the main track for 3-year-old fillies, is likely to be topped by Midwestern shipper Motion Emotion, east coast raider Classic Fit and hometown lassie Into Chocolate. In recent years the race has been captured by the likes of champions Beholder and Stellar Wind.

The final stakes on the day is the Green Flash, being offered as a graded race for the first time this year. The five-panel spin on the lawn is expected to feature the fast horses Eddie Haskell, Mr Vargas and Tribalist.

Gates will open a half hour earlier at 11:30 a.m. on TVG Pacific Classic Day with first post slated for the standard 2 p.m.