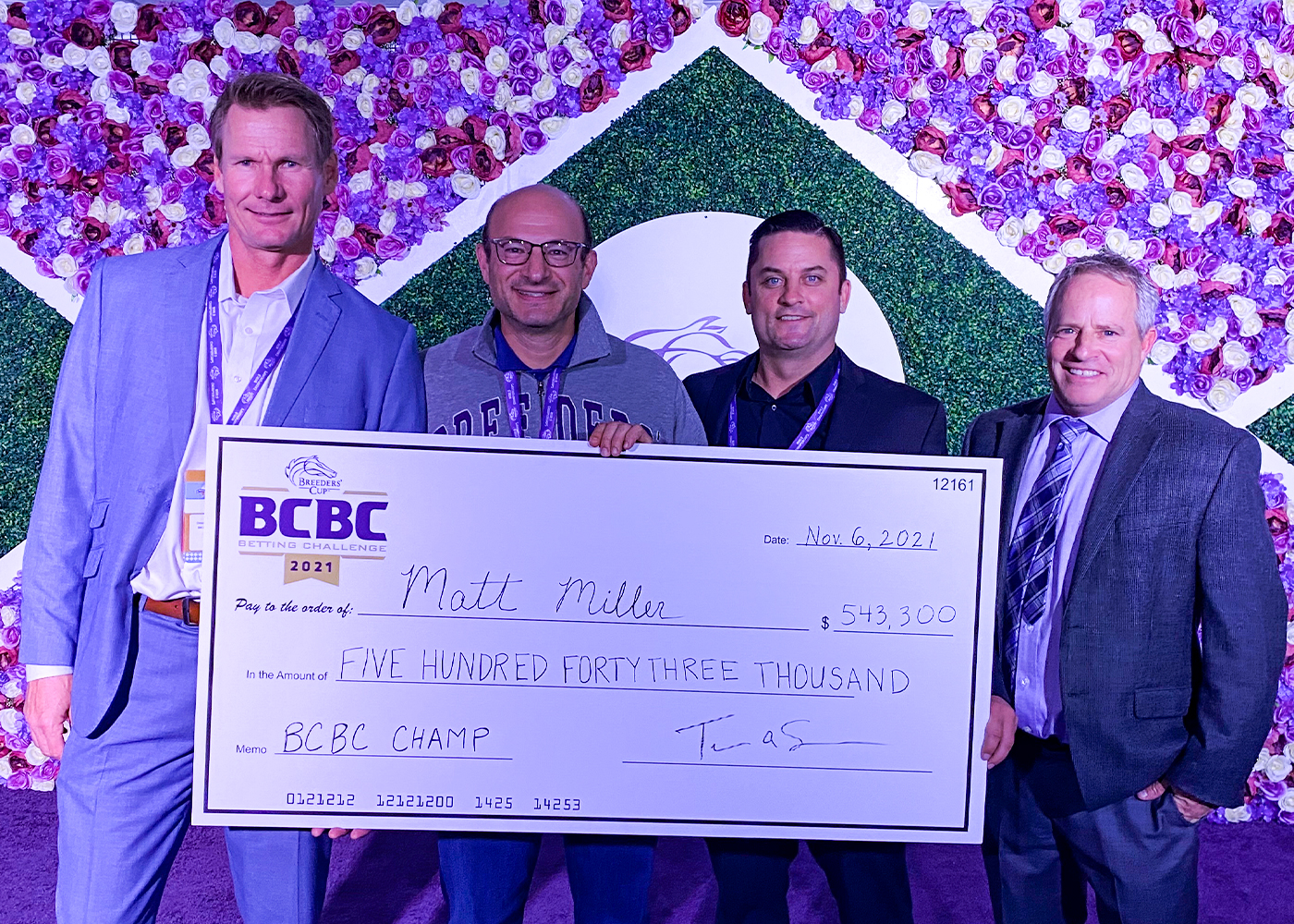 In addition to those playing at Del Mar, players competed from satellite locations Gulfstream Park in Hallandale Beach, Fla., Monmouth Park in Oceanport, N.J., and Santa Anita Park in Arcadia, Calif. Players also participated online at TVG.com (the official wagering partner of Breeders’ Cup), Xpressbet.com, NYRA Bets, and for the first time, from HPI.com in Canada.

Miller, who was introduced to the racing game from his maternal grandfather at Arlington Park, was taking his fifth consecutive shot at the BCBC, and was looking to improve upon his 13th-place finish in the 2017 contest at Del Mar. He focused his wagering strategy on daily double wagers and single win bets.

On Saturday, Miller increased his earnings to approximately $40,000 with a $24,000 win wager on 3-5 Life Is Good, his “lock of the day” in the Big Ass Fans Breeders’ Cup Dirt Mile (G1). After a few losses, Miller sat in fourth place with a balance of $33,000 going into the Longines Breeders’ Cup Classic.

“I get a hard time from my friends and family for looking at everything in life in terms of risk and reward and then strategy,” Miller admitted. “But that’s what this tournament is all about. Having the sense (and to some degree luck) to know when the time to strike is right, the conviction to bet when I have a strong opinion, and the patience required to remain still when I don’t have a strong opinion. The feeling of winning the event I personally hold in greater regard than any other because of what it tests is beyond amazing.”

A list of the top 15 BCBC finishers appears below. Complete tournament results are available here.